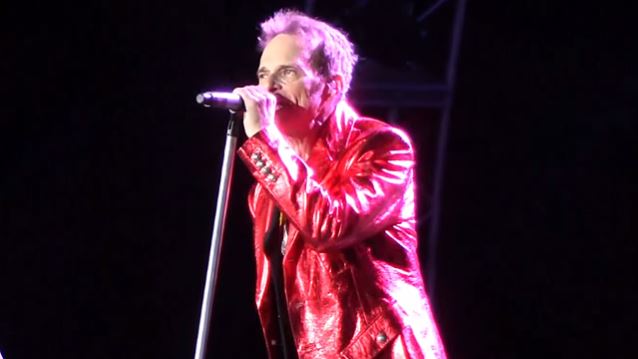 An audio recording of VAN HALEN's soundcheck from the band's North American tour kick-off show on July 5 in Seattle, Washington can be streamed in the YouTube clip below. The soundcheck — which was witnessed by VIP ticket holders, one of whom made the recording in question — consisted of instrumental versions of some of the rarely played cuts from VAN HALEN's 2015 setlist, including "On Fire", which hasn't been performed live since the band's "1984" tour.

VAN HALEN's show in Seattle featured a number of rarities from the band's catalog that have not been heard live in decades. The show opened with "Light Up The Sky" from 1979's "Van Halen II" and also featured deep tracks like "Feel Your Love Tonight" from its self-titled 1978 debut, "Drop Dead Legs" from "1984", "Dirty Movies" from 1981's "Fair Warning" and "In A Simple Rhyme" from 1980's "Women And Children First".

Two days before the tour started, bassist Wolfgang Van Halen wrote on Twitter: "This is by far the best setlist I've made for us. Can't wait for everyone to hear it. Ya'll are gonna flip."

According to The Pulse Of Radio, "Light Up The Sky" has not been played live in 35 years until now, while "Drop Dead Legs" and "Dirty Movies" had never been performed in concert until the Seattle show.

Other album cuts aired during the concert included "Women In Love" and "Romeo Delight" in addition to hits and fan favorites such as "Runnin' With The Devil", "Unchained", "Panama", "Jump", "Hot For Teacher", "Everybody Wants Some!!" and "Ain't Talkin' 'Bout Love".

The tour is VAN HALEN's first since an aborted North American run three years ago in support of its then-new studio album, "A Different Kind Of Truth".

VAN HALEN plays in Irvine, California on Tuesday (July 14) and will spend the whole summer on the road, winding down on October 4 in Los Angeles.