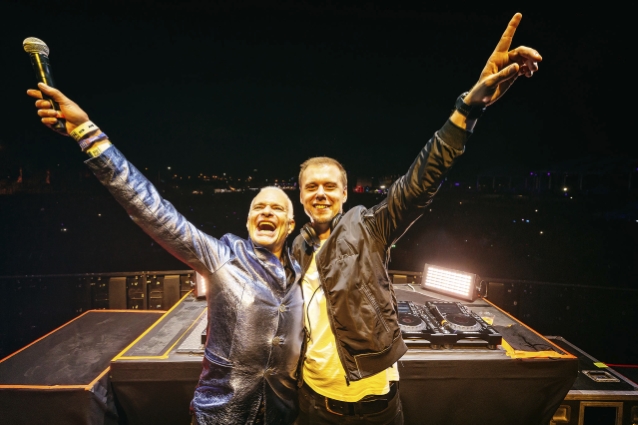 It's not every day that you see two very different legendary artists team up for a common cause, but today is one of those memorable days that dance music fans won't soon forget — the renowned Dutch DJ and producer Armin Van Buuren has taken on the challenge of remixing VAN HALEN's classic 1983 smash hit "Jump", one of the most enduring and timeless singles in rock and roll history. Listen below.

Out today through Big Beat Records, Armin Van Buuren puts his signature, uplifting, progressive, trance spin on the iconic rock anthem, kicking off the remix by isolating frontman David Lee Roth's classic verse and adding in arpeggiating synths and cowbell for good measure. Naturally, the remix explodes once it reaches the song's classic chorus, and never lets go from there, steadily building until an unforgettable climax. Who would've thought "Jump" could get any more anthemic?!

Armin told Rolling Stone that the remix came together when a friend of his offered to send him the song's recording stems. "I'm like, 'Yeah, hell yeah,'" the producer said. "I knew the song already as a kid. I think I was 6 years old when the track was a No. 1 hit everywhere. I was just eager to have the stems, because I always thought, 'What if you could have the energy of that song from 1982 and transfer it to 2019?'" He sent it to Roth a few weeks ago, and the singer loved it.

"Just the fact that David is open for such a thing is quite huge to me," Van Buuren said.

"I agree with all of that," Roth added. "It's the first step toward world peace if we can do it."

Asked if there are any other songs from his catalog that he would want to remix, Roth said: "They're all eminently remixable, but there are so many different genres of 'the groove.' And whether it's dubstep, chill, trance and on and on, and yeah, judge, I admit it. I knows the difference.

"If you're talking remix, I'm an extremist, and I would head for Korea. We're in Henson Studios in the heart of Tinseltown. Pharrell is walking these halls and John Mayer is recording and rehearsing across the hallway; he lives here now in the studio. THE GRATEFUL DEAD's been very, very good to him. God bless them. But no, there's a whole lot of Shakespeare going on here, musically and theatrically. And when you say, 'remix,' that could be 15 different haircuts before happy hour. Yes, yes, yes. You want me to say it 15 times?"

"Jump" is still VAN HALEN's most successful single to date, reaching No. 1 on the Billboard Hot 100 along with being ranked No. 15 on VH1's "100 Greatest Songs Of The 1980s." The Rock And Roll Hall Of Fame And Museum also listed it as one of the "500 Songs That Shaped Rock And Roll" and its music video was nominated for three MTV VMAs at the time, along with winning "Best Stage Performance." Armin's remix of "Jump" had its first listen when Roth came out during Armin's Ultra Music Festival concert earlier this year for a performance fans still haven't forgotten. 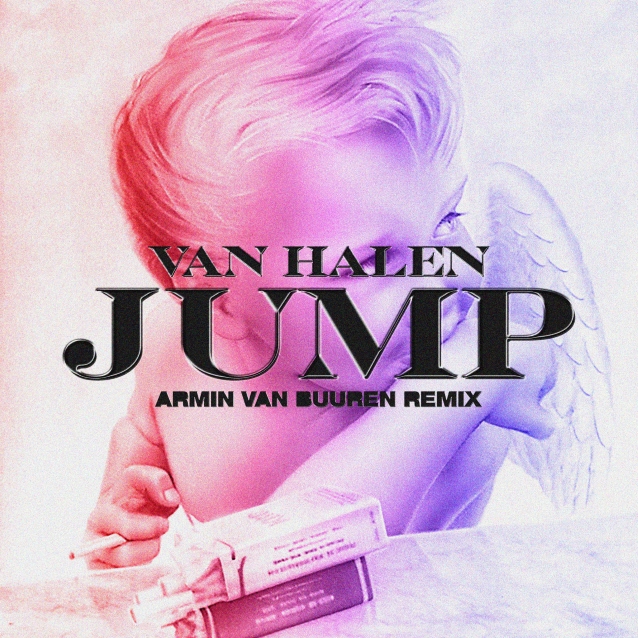