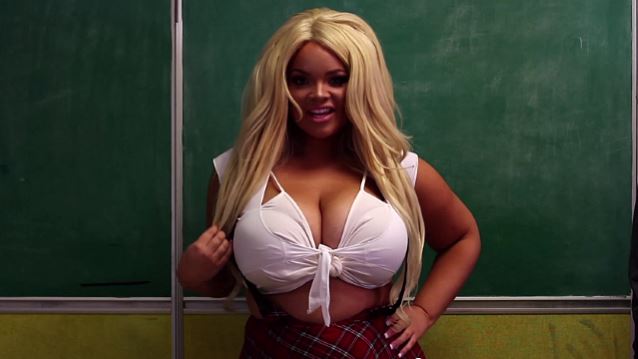 VAN HALEN singer David Lee Roth provides the introduction to the top-heavy spoof of VAN HALEN's "Hot For Teacher" video from Trisha Paytas, a struggling actress and YouTube sensation living in California. The clip, which was directed by Kale Flowers, was filmed at John Marshall High School in Los Feliz, California — the same high school featured in VAN HALEN's original video — and features an appearance by Minnie Gupta, the former fiancée of ex-SKID ROW singer Sebastian Bach, who famously appeared on the cover of Bach's 2011 album "Kicking & Screaming".

Paytas's version of "Hot For Teacher" is featured on her new four-song EP, "Fat Chick", which was released on March 6.

"Hot For Teacher" appeared on VAN HALEN's album "1984". The Parents Music Resource Center (PMRC) objected to the song after its original reelase, calling for it to be pulled from both the radio and television, due to the track's sexually suggestive lyrics referring to sex with a teacher, and a female teacher stripping in the video, among other issues. 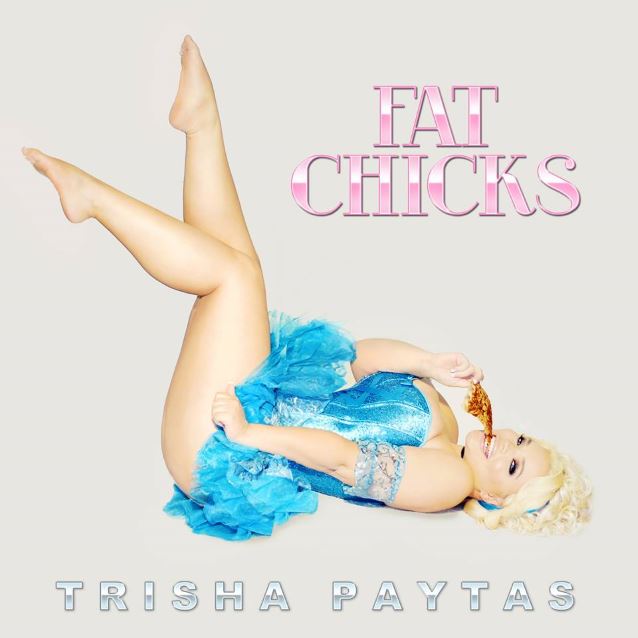