VANILLA FUDGE has released a "fudged up" version of THE SUPREMES classic "Stop In the Name Of Love" and a tribute to their bandmate, "To The Legacy Of Tim Bogert".

The legendary VANILLA FUDGE, the original lineup of Mark Stein, Carmine Appice, Vincent Martel and Tim Bogert, together one final time, take listeners on a psychedelically tinged version of THE SUPREMES classic "Stop In The Name Of Love". This masterpiece is an instant classic, putting on display the virtuosity and raw talent of one of the pioneers of psyche rock.

Back in 2019, Stein put together an idea for VANILLA FUDGE to do an arrangement for "Stop In The Name Of Love". The dream was to capture the lightning in a bottle that happened with their classic arrangement of THE SUPREMES' "You Keep Me Hangin' On". That track has remained current decades after its release thanks to film and television placements such as "The Sopranos" finale, and big Hollywood blockbusters like "Once Upon A Time In Hollywood". While the FUDGE was out on tour later that year, they went into the studio and laid down tracks that would be the foundation of this new release.

Says Stein: "So back in mid-2019, I put together a blueprint for an arrangement for 'Stop In The Name Of Love' while the FUDGE was out there doing shows later that year. We went into the studio and recorded the track. We planned to complete it, there were delays, and then the pandemic put everything on hold."

They planned to complete it with Tim Bogert on the track. However, they ran into some unavoidable delays with the pandemic putting everything on hold. Tim had been living with cancer for some time, and they didn't know how much time he had. Carmine Appice took the matter into his own hands and when he went to Los Angeles's NAMM show in January of 2020, he arranged for Tim to record at Jorgen Carlsson's (the bass player for GOV'T MULE) studio in L.A.

Says Martel: "It was very cool that we were able to get Timmy on the track. I'm glad he was strong enough and gracious enough to record with us one last time. He gave me a great template to build on with my guitar. I created an East Indian raga intro in the spirit of our early albums and rocked out at the end. Hold on tight everybody, 'cause here comes the FUDGE..."

Upon Tim's passing, the band recorded tributes to their brother and bandmate with producer Leslie Gold. This heartfelt recording, "To The Legacy Of Tim Bogert", is a must listen for fans of VANILLA FUDGE. 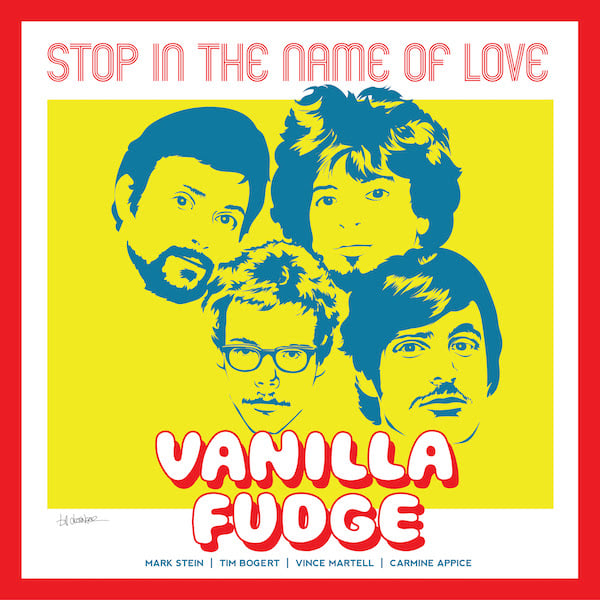