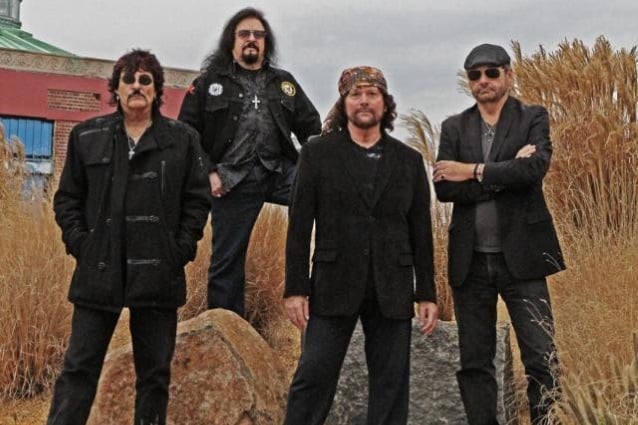 In the small Swedish town of Nörje near Sölvesborg, on July 9, 2016, in front of an audience of thousands, four American musicians gave a blistering performance that would encapsulate five decades of rock'n'roll history. The performance was at the legendary Sweden Rock Festival; the band was VANILLA FUDGE.

Now a complete audio and video document of that much-acclaimed show is available for everyone to hear, see and enjoy. As they celebrate a half-century of cutting edge music and live performances, VANILLA FUDGE will release the CD/DVD of "Live At Sweden Rock - The 50th Anniversary".

Available December 8 on MIG Records and distributed by MVD, "Live At Sweden Rock" presents the band in its rawest and most honest setting. Guitar, bass, drums and keyboards hold down the music, while the perfectly blended voices of the group provide the color behind the compelling lead vocals of Mark Stein. The result is a band that sounds just as strong and relevant today as it did in 1967.

"Quite honestly, even though VANILLA FUDGE has been together for half a century," says lead vocalist and keyboardist Mark Stein, "I really never tire of playing these songs and arrangements because the energy level never seems to dissipate. It is that very energy that we feel from the audience that keeps us always feeling young and inspired."

Adds drummer Carmine Appice: "It was a great time playing the Sweden Rock Festival. To see all those people enjoying our set was a great feeling."

The album features powerful psychedelic re-workings of classic songs from THE DOORS, THE MONKEES, SPENCER DAVIS, DONOVAN and LED ZEPPELIN, along with the FUDGE's distinctive musical take on the Motown and R&B classics "Shotgun", "Take Me For A Little While" and "You Keep Me Hanging On".

"It was our European Woodstock," says guitarist Vinny Martell. "On the day we played Sweden Rock, I met fans who had been trapped behind the Iron Curtain across the Baltic when we first became famous. They finally had a chance to see the band at Sweden Rock; when they were young they had only heard our recordings on Radio Free Europe."

With Stein, Appice and Martell in place, along with bassist Pete Bremy, VANILLA FUDGE is one of a handful of '60s bands who are still intact with most of its founding members.

Originally formed in 1967 out of the ashes of THE PIGEONS, with Stein, Appice, Martell and bassist Tim Bogert, the band was soon renamed VANILLA FUDGE, because of its musical concept of four New York-based white musicians playing revamped rock versions of popular soul hits. Sold out world tours; hit albums and singles; and a reputation as a group steeped in cutting-edge musicianship has allowed VANILLA FUDGE to be one of the most influential acts to rise from the revolutionary 1960s. The group has remained together off and on ever since, with Bogert departing in 2006 after a motorcycle accident and his decision to retire.

In addition to playing together (including appearances on "The Ed Sullivan Show"),the members also reached considerable success over the years as solo artists, in their own right. Among the band's biggest fans is musician Paul Shaffer, former leader of the "Late Night With David Letterman Show" band for decades: "The VANILLA FUDGE slowed down 'You Keep Me Hanging On' and with that one soulful record, effectively invented progressive rock."

"Playing with Carmine and Mark now is like waking up in the middle of a long solo that started in 1967," laughs Martell, who, is also a U.S. Navy veteran. "Is it tomorrow? Let's call it Vanilla Haze…"

Upon the release of "Live At Sweden Rock - The 50th Anniversary", VANILLA FUDGE will resume its schedule of live performances, including an appearance on the Rock Legends VI cruise, with Sammy Hagar and BAD COMPANY, among others.

"I hope we can reach our next anniversary at 55 years," says Appice. "We plan to keep playing, recording and moving forward." Mark Stein agrees: "I can only hope that VANILLA FUDGE continues to move forward by playing as many shows as we can while we still can. I believe the only way to stay youthful at our age as a rock band is by continuing to do that."

"We should spread our message of unity and peace in this chaotic world," says Vinny Martell. "The hippies were right, man." 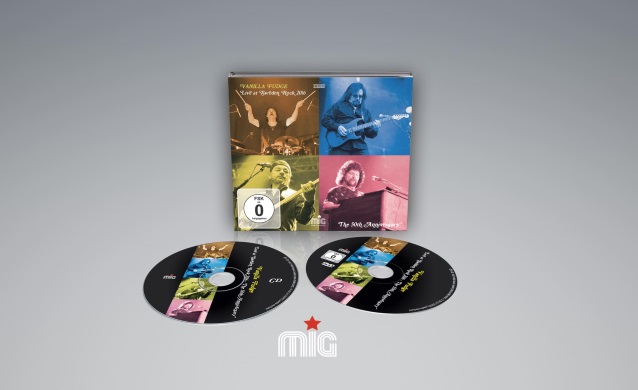 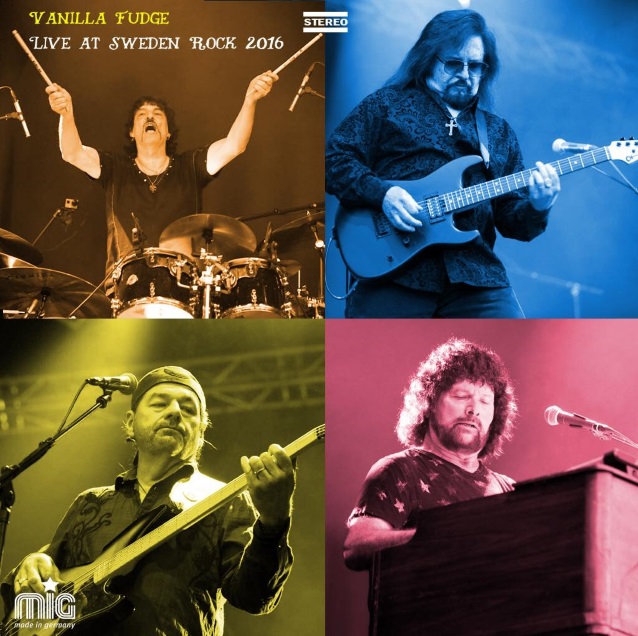