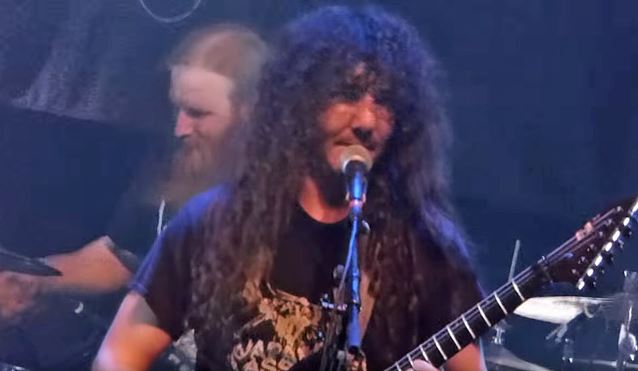 VEKTOR To Release 'Terminal Redux' Album In May

Due on May 6 via Earache, "Terminal Redux" is VEKTOR's third full-length release and the band's first ever concept album, further exploring the themes that first appeared in the lyrics of the title track from their previous album, 2011's "Outer Isolation". Like the most outlandish and classic concept records of the past — such as RUSH's "2112", QUEENSRŸCHE's "Operation: Mindcrime" and MASTODON's "Leviathan" — "Terminal Redux" mixes fantasy and reality, imagination and fact, and cataclysmic warnings from the future to keep the listener on edge throughout.

VEKTOR vocalist/guitarist David DiSanto discusses the album's concept: "The story begins with a lone astronaut regaining his memories after being sentenced to an isolation testing program. Near the point of death in his damaged spacecraft, he finds a life-rejuvenating molecule within a stellar nebula that will change the course of his fate and many others. He brings a large haul of his newly discovered prize to the Cygnus regime, a vast galactic empire, in hopes of regaining his status as a high-ranking general. Years of isolation have turned him into a power-hungry tyrant that will stop at nothing to usurp the people who banished him. Through terror tactics and brute force, he incites a coup within Cygnus and gains control. Using the life-rejuvenating molecules from the stellar nebula, he grants the people under his rule extended life. His goal is to achieve perfect, cosmic harmony within his domain and bring balance to the war torn planets: something that no intelligent life-form has ever been able to accomplish."

As well as letting their imaginations flow free lyrically, VEKTOR have also embraced some unusual audio elements during the recording of "Terminal Redux", going as far as to enlist the vocal assistance of a group of Philadelphia soul singers to contribute additional texture to the riff-heavy thrash opus.

"Terminal Redux" was recorded between the band's home studio and Panther Pro-Audio in Philadelphia, with additional mixing courtesy of Byron Filson at Villain Studios in Arizona.

The album artwork, created by Adam Burke, can be seen below.

David DiSanto comments: "The cover artwork depicts a scene from the second half of the album. In the distant future, a ravaged space terminal makes a journey to an exploded star known as 'Relic Alshain'."

VEKTOR is on tour now with Canadian prog-thrashers VOIVOD. 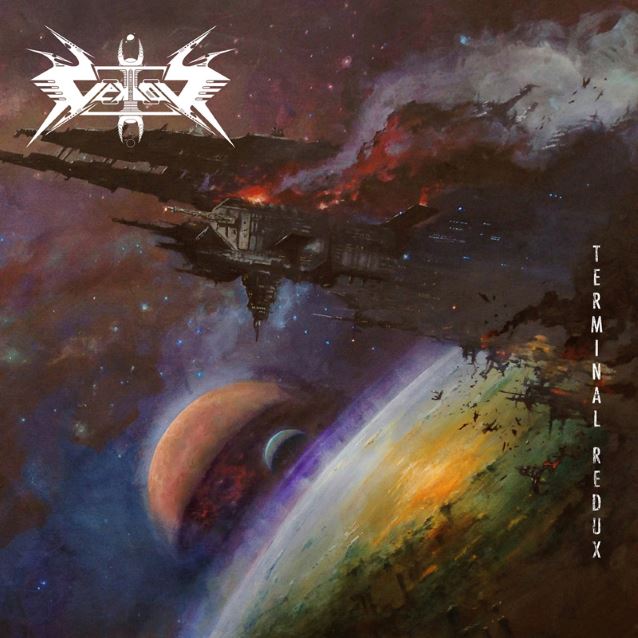