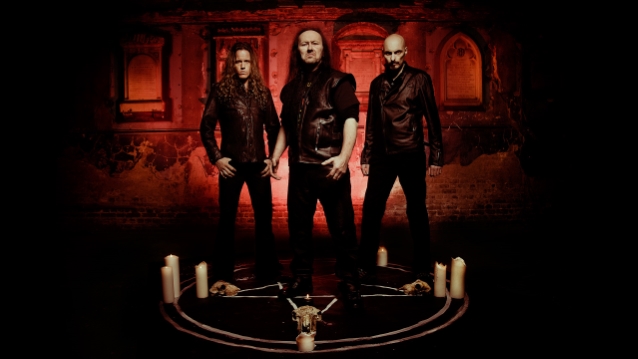 VENOM To Release 'Storm The Gates' Album In December

"We've been hard at work for over two years to make sure this new release raises the bar, to deliver a demonic mix of old and new.

"Get ready to lay down your souls, legions!"

Last year, Cronos spoke to Metal Rules about the evolution of VENOM's songwriting. "The thing is we, as a band, we are evolving the black metal thing," he explained. 'Because, for me, it has to be exciting, it has to be new, it has to be dangerous. It has to stay in motion. It has to make me excited to do it. I couldn't just do the 'Welcome To Hell' night after night; it would be too boring. So, they know I like to be challenged. I need to create new shit, and I like to twist VENOM a lot and cut and pull it. I like to create an album that people kind of go, 'That wasn't expected.'