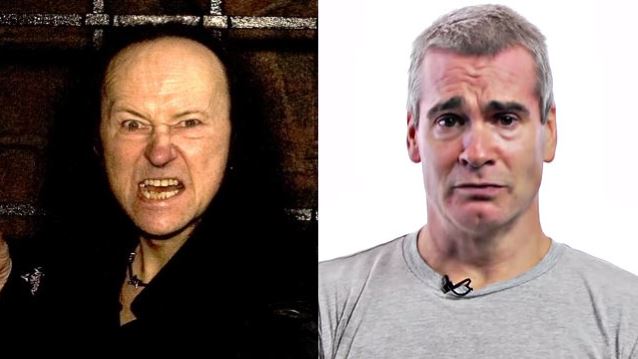 Bassist/vocalist Conrad "Cronos" Lant of British black metal pioneers VENOM has slammed Henry Rollins as a "fool," explaining that the legendary BLACK FLAG frontman "is no longer in a band, because he's not a fucking musician."

In his 1994 memoir "Get In The Van", Rollins recalled the time BLACK FLAG opened for VENOM at Trenton, New Jersey's City Gardens on April 2, 1986. He wrote in part: "VENOM took almost an hour to get onstage. They had roadies tuning their guitars and shit. Finally, they hit stage. They were hilarious. It was like seeing SPINAL TAP. The drummer had a guy that held an electric fan next to him and kept him high and dry. The singer/bass player was named Kronos [sic]. He had some great raps. He got the crowd to chant what I thought was 'Black Funky Metal' over and over, which I thought was pretty cool and then I thought that maybe I was wrong about these guys. I found out later that it was 'Black Fucking Metal.' Oh, excuse me. I expected them to go into [SPINAL TAP's] 'Sex Farm Woman' at any second. The guitar player was so bad it was painful. I had a great time… The bass player was hilarious. He would wiggle his tongue and roll his eyes. But he also would fix his hair every fifteen seconds or so."

He added: "VENOM is weak. Everything about them is weak. They can't even play. They had a bunch of roadies to do everything. Weak, weak, weak.

"I would love to play with fucking 'heavy metal' bands more often. It was fun crushing them. It's all lights and makeup. What bullshit.

"VENOM suck. They are so full of shit. What a bad joke. They don't sweat and they probably don't even fuck."

In a brand new interview with Canadian rock journalist Mitch Lafon of the "One On One With Mitch Lafon" podcast (Facebook page),Cronos responded to Rollins's comments. He said: "Let me tell you the truth about that concert. Henry Rollins's mom phoned us up and told us that they were the next big thing in New York and that they had such a huge following, blah blah blah blah blah. Little did we know that they were a fucking sad little band that had no following."

He continued: "When we got there, they were just like fucking chidren; they couldn't play, they had no fucking instruments, we had to lend those guys the backline. They arrived at the show with their fucking little care package with their sandwiches in it and a bottle of orange juice. It was, like, 'I thought you guys were in a band. I thought you were musicians.' And they just cried about everything. We couldn't stop laughing at them. But for those guys to arrive at the show with their mom, and their mom's, like, sort of, like, telling everybody what to do. And she gets into an argument with our manager. And our manager just told her to fuck right off. She was, like, 'We were promised a dressing room.' And it's, like, 'Yeah. There's the room in there.' There's, like, three chairs in it. We don't own the venue. We just turn up. We're not interested in the backstage; we're interested in the stage. We're here to play a concert. Behind the stage, there are some rooms. There's a toilet in one of them and a chair and a table. That's your backstage. This is the reality of rock and roll. It's the backstage. Ah, she cried her fucking eyes out."

Cronos added: "But those guys were such fucking children. And for all of this about how he stood and watched the VENOM show and couldn't stop laughing with his friends... As soon as they had finished playing, they got in their [van] and left. So I don't know what show he watched, but it certainly wasn't the VENOM show. And also, if you read the book, he got the date wrong of the gig. [Laughs]

"This is why Henry Rollins writes books and is no longer in a band. Because he's not a fucking musician; he's a fool." 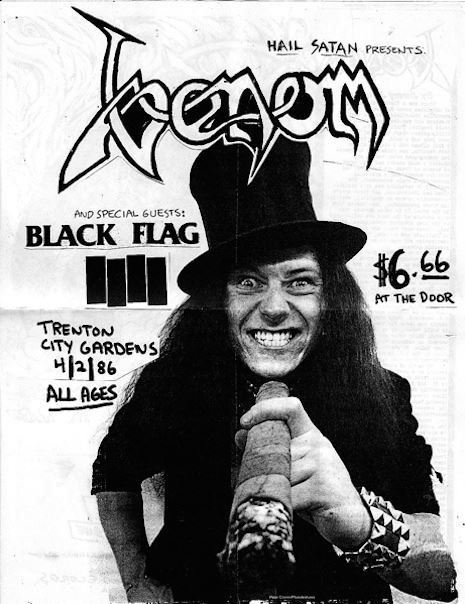