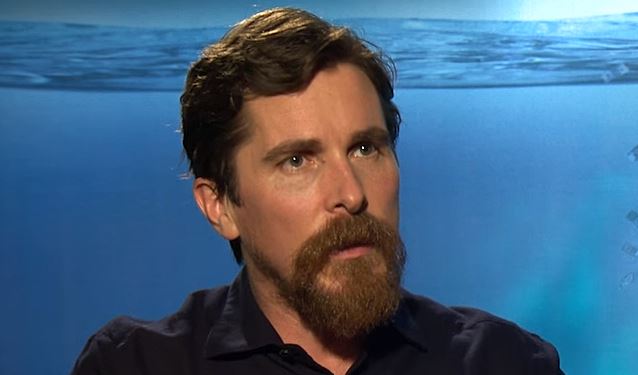 Christian Bale, who has earned a reputation for being an incredibly intense method actor, spoke to Screen Rant's Don Kaye (a veteran rock journalist who has written CD reviews for BLABBERMOUTH.NET) about his role in the new film "The Big Short", for which he learned to play double-bass drums for a short scene where his character, the hedge fund manager Michael Burry, bangs on his kit in his basement.

Asked if it's true that he picked up the double-bass drumming technique over the course of only two weeks with a coach, Bale responded (see video below): "Yes, yes, yes. It was a wonderful crash course. Double-kick drum, PANTERA 'By Demons Be Driven' — a fantastic song to begin with. This is how Mike Burry unwound. This is actually how he calmed down. He would listen to it all day long in his headphones — and not just that; MASTODON as well. But his brain is on fire so much that death metal calms him. He's a very, very different indivudal to most of us."

"The Big Short" writer and director Adam McKay told Studio 360 in a recent interview with right before shooting for the film started, Bale, while messing around on a trampoline with his kids, "completely blew out his knee — ACL, MCL, patella, everything," McKay said. The director suggested getting a double to play the drum scene, but Bale told him, "No, no. It's gonna be all right. Let me just do it."

Bale learned to play drummer from Scott Wittenburg, a drum teacher at the Musicians Institute and a member of ZEN ROBBI. Wittenburg told Pitchfork about how he ended up being hired to be Bale's drumming coach: "Well, I've been teaching the heavy metal class at the Musicians Institute in Hollywood, California for about 10 years. And Paramount Pictures called the school, asking if my boss had any guys he could refer. He gave a few names out, and I guess based off my metal background and teaching the metal class, I was the guy."