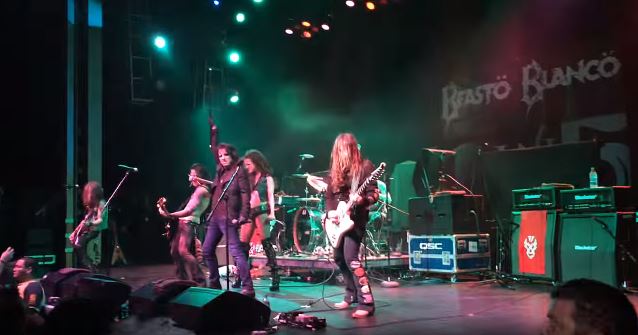 Legendary rocker Alice Cooper joined BEASTO BLANCO, the band led by the bassist in Cooper's solo group, Chuck Garric, on stage this past Friday, January 22 at the NAMMJAM 2016 at the City National Grove Of Anaheim in Anaheim, California. Video footage of his appearance can be seen below.

Produced and presented by Delve Texas, the seventh annual NAMMJAM 2016 again had a charitable element with proceeds benefiting the House Of Blues Music Forward Foundation. A "live," silent auction was held during the evening and will feature an array of items such as music memorabilia, VIP experiences, unique collectibles, autographed guitars, music instruments, original art pieces and much more, all donated by music industry notables. Your support of NAMMJAM 2016 and the silent auction contributed much-needed funds to continue and expand the works of House Of Blues Music Forward Foundation, a charitable foundation.

Asked how BEASTO BLANCO came to be, Garric told Legendary Rock Interviews in 2013: "I've always been a songwriter and I’ve always sang and have wanted to do my own project for a long time now. I came across Tommy Henriksen, who worked with us on Alice's 'Welcome 2 My Nightmare' record and we started talking about doing some new material. As soon as he and I started talking about it was about the time it started taking on a life for me. I got really excited about the concept of getting into the studio and making these songs come to life. We really didn't know what the identity of the band would be like going into it or what to expect, but we had a blast and it just turned out absolutely killer. The Alice fans, the hard rock fans, everyone is really digging it and excited to hear more."

Regarding the origins of the BEASTO BLANCO band name, Chuck said: "I wanted to channel something or become something when I'm up there, and BEASTO BLANCO, the name, came from my dog. She's just this huge white monster, so we call her Beasto Blanco. It just kind of came about one day sitting in a room thinking about how we've gotta come up with a name, and I look over at my dog who's chasing another dog and comes back and she's all excited to see me and I just love her excitement and her wild energy. The name was sort of born after her, but also out of the fact that I needed to give the band some sort of identity and have it be something that just stuck in your mind." 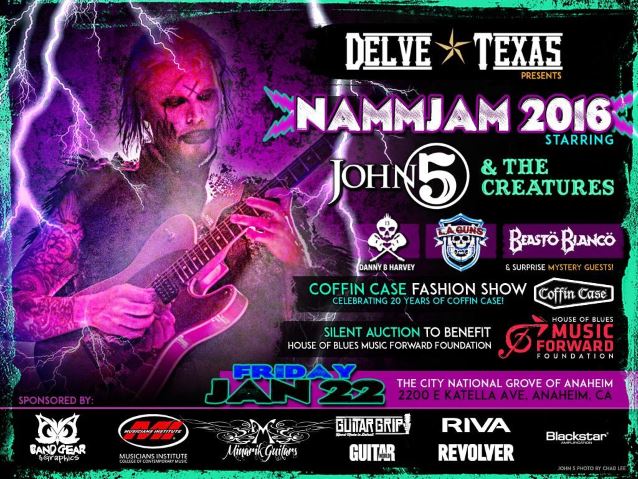