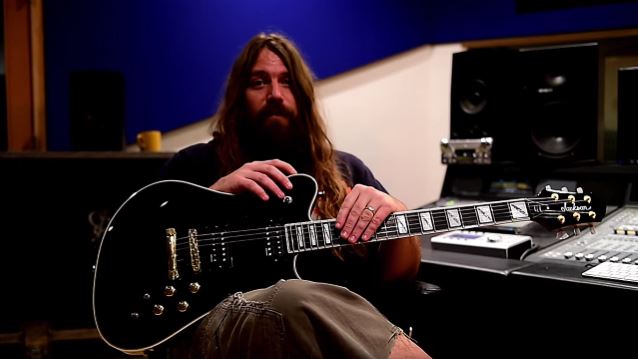 LAMB OF GOD guitarist Mark Morton has uploaded a new solo song titled "SnowBound". The track, which features a guest appearance by Jean-Paul Gaster of CLUTCH, can be streamed below.

Morton stated about the offering: "Here is sample of some of the new music I've been working on. It's definitely a little different than what you're used to hearing me do with LAMB. There are some great players involved in this project (including J.P. from CLUTCH on the drums!). I'm having a blast working on this stuff, and that's what this is all about for me… FUN! I hope you enjoy it!"

LAMB OF GOD's U.S. tour with ANTHRAX will come to a close in Los Angeles, California on February 12.