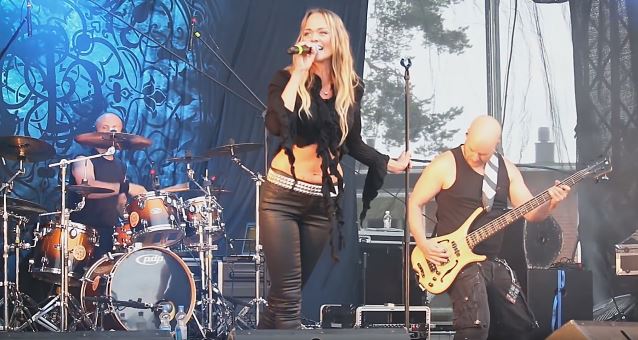 Video footage of Finnish symphonic metallers AMBERIAN DAWN performing on July 9 at the LankaFest in Puolanka, Finland can be seen below.

AMBERIAN DAWN's latest album, "Innuendo", was released on October 23, 2015 via Napalm. The follow-up to 2014's "Magic Forest" was produced by composer Tuomas Seppälä, who also plays keyboards and guitar, and Mikko P. Mustonen, known for his work with DELAIN, ENSIFERUM and SONATA ARCTICA. The CD was mastered by Svante Forsbäck at Chartmakers.

The cover artwork for "Innuendo" was created by Jan "Örkki" Yrlund.

Commented Seppälä: "This is one of the most melodic and vocal-driven album in AMBERIAN DAWN's history. I've composed these songs in a little bit of a different way than I've used to do before. I have worked with these songs without any limitations. Some of the elements I've used have been quite unusual in the heavy metal genre and there's a fresh new sound for AMBERIAN DAWN. Musically, these songs are still very much influenced by classical music but also by electro-composers like Jean Michel Jarre and Vangelis, for example. Our new vocalist, Capri [Päivi Virkkunen], was able to bring tons of emotion with her sound and lyric writing and I'm sure that this album [is] our best so far!" 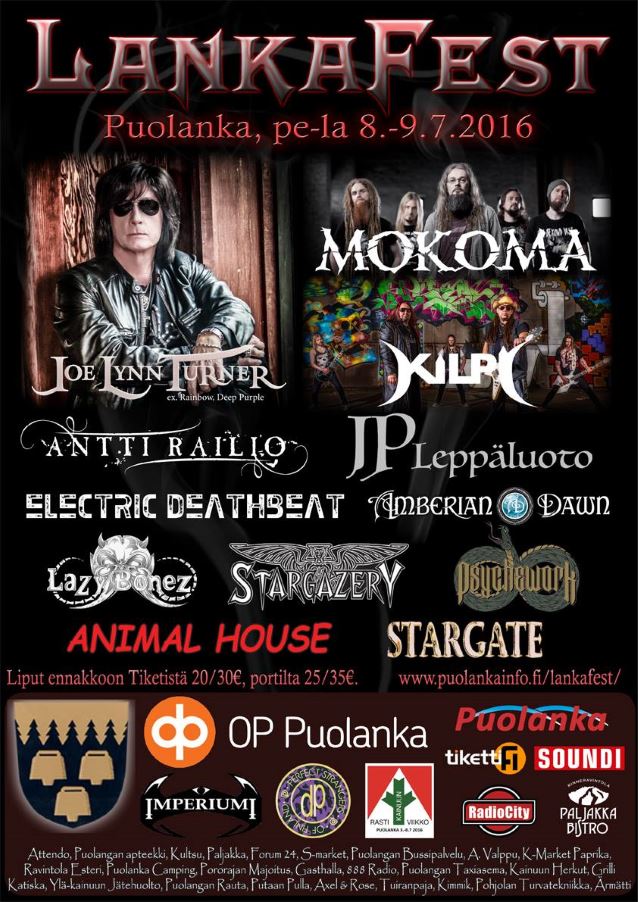