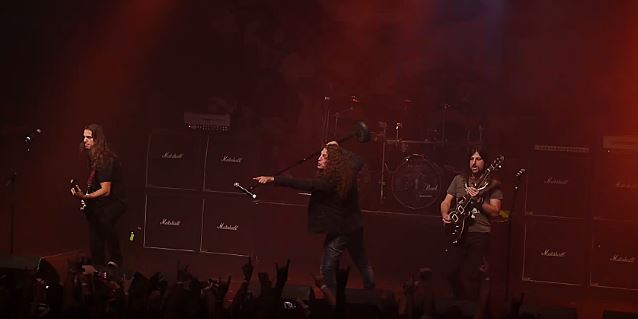 Fan-filmed video footage of ANGRA's September 12 performance at the ProgPower USA festival in Atlanta, Georgia can be seen below.

ANGRA guitarist and co-founder Rafael Bittencourt recently revealed that the band will eventually have to "find a substitute" for their guitarist Kiko Loureiro, who was recently named the new axeman in MEGADETH. He told Revolver magazine: "As a brother-in-life and friend, we're proud of/for [Kiko]. I think he's worked his way into something bigger from the beginning. He deserves it. He earned it with his hard work."