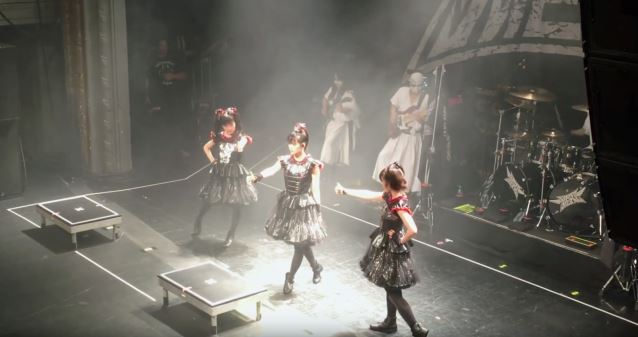 Chiaki of the "Metal Moment" podcast has uploaded video footage of BABYMETAL's July 14 performance at The Regency Ballroom San Francisco, California. Check out the clip below.

The breakout all-girl-fronted Japanese heavy metal/teen-pop hybrid group featuring 18-year-old Su-Metal and 16-year-olds Yuimetal and Moametal, backed by a four-piece band, slated to perform their first-ever Tokyo Dome concert on Monday, September 19, recently announced that it will play another show at the same venue on September 20. The two-day event will be known as "Babymetal World Tour 2016 Legend - Metal Resistance - Red Night & Black Night". The attendance over the two days is likely to be 110,000 people, marking the largest number in the history of BABYMETAL's headline shows.

Since the announcement of the their concert at Tokyo Dome marking the end of their third world tour, pre-sales took off with overwhelming response from fans, hence the decision to add a second date. 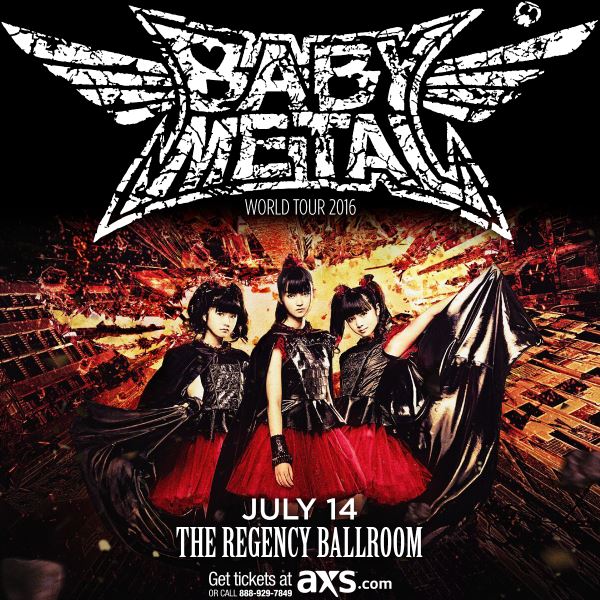