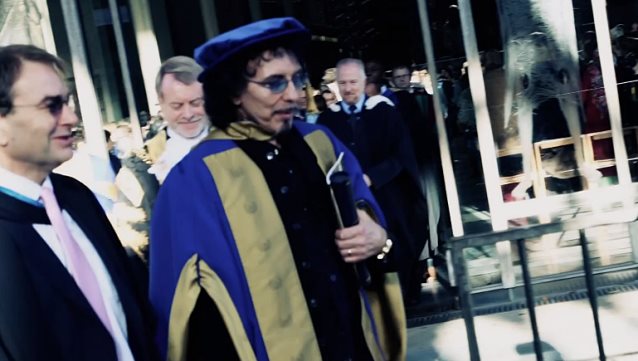 A video report on the graduation ceremony can be seen below.

Iommi, who co-founded BLACK SABBATH in Birmingham in 1968, and Her Royal Highness Princess Rym Ali will be honoured by the University during its graduation ceremonies in Coventry Cathedral.

Celebrated Coventrian and artist George Shaw — whose haunting depictions of the city's Tile Hill landscape have won him acclaim and a Turner Prize nomination — was also recognized by the institution.

The honorary graduands received their commendations in the same week that around 7,000 students are awarded their degrees from the University.

Iommi was awarded an Honorary Doctorate of Arts in recognition of his contribution to the world of popular music, in particular his role as one of the founding fathers of heavy metal music and his status as one of the industry's most influential figures.

Iommi, who headed straight from the graduation ceremony to join BLACK SABBATH in Helsinki for the start of their latest European tour, said: "It's a great honor to receive the doctorate, which comes towards the end of a challenging but amazingly successful year for me."

Professor Madeleine Atkins, vice-chancellor of Coventry University, said: "It's a pleasure to be welcoming these exemplary individuals to our graduation ceremonies to receive their awards alongside our graduating students. Each of them has excelled in their field in such a way as to be worthy of recognition, and I hope our own students will be inspired by the drive and commitment they have shown throughout their careers." 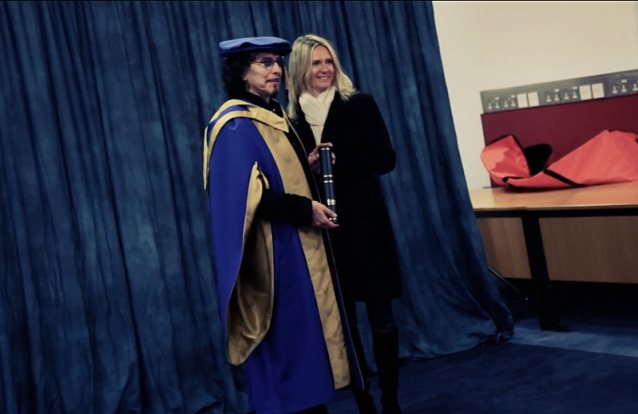