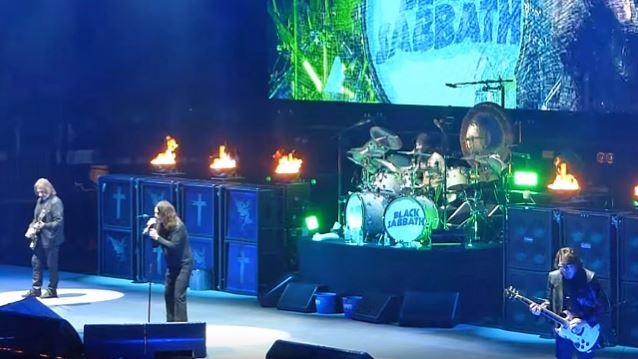 Fan-filmed video footage of BLACK SABBATH's last-ever concert at Madison Square Garden in New York City on February 27 can be seen below.

After completing the first U.S. leg of "The End" tour, SABBATH will play dates in Australia and New Zealand in April, with European festival shows taking place during the summer.