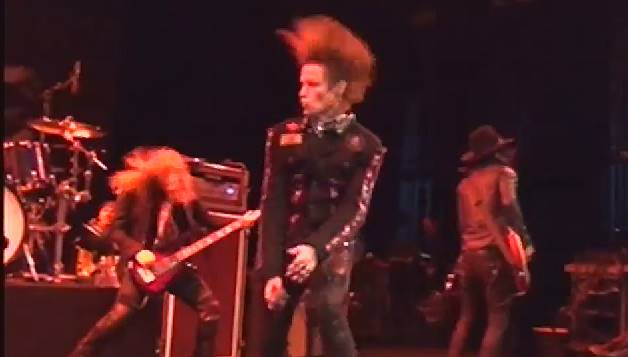 Bay Area Backstage has uploaded video footage of BUCKCHERRY's March 13 performance at Heritage Theater in Campbell, California. Check it out below.

BUCKCHERRY has completed work on a new EP that will follow up last year's "Confessions" album. Singer Josh Todd revealed the news in an interview with PopCultureMadness.com, saying, "We just made an EP that we're gonna be releasing in the spring that we're really excited about. I don't wanna give it away yet, but there's definitely a theme to this EP, and if you're a BUCKCHERRY fan, it's a must-have. So it's really cool, and probably one the funnest times I've had writing songs."