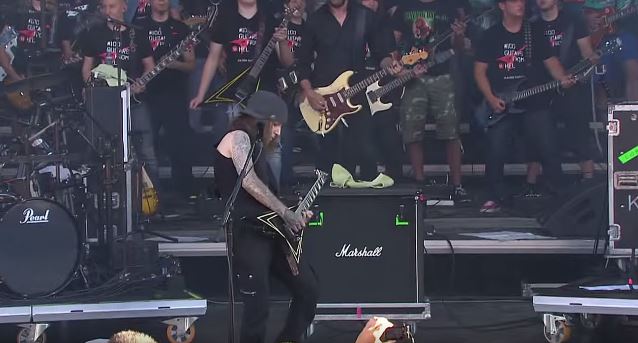 Alexi Laiho of Finnish metallers CHILDREN OF BODOM turned the Senate Square in Helsinki, Finland into an amazing metal arena this past Friday, August 14. Alexi composed a commissioned song for the Helsinki Festival, and he invited 100 electric guitarists to join him in performing it on the big stage.

Alexi's core backing band for the performance consisted of the following musicians:

Check out video footage of the performance below.

CHILDREN OF BODOM's ninth studio album, "I Worship Chaos", will be released on October 2 via Nuclear Blast. The artwork for the CD was created by Finnish artist Tuomas Korpi.