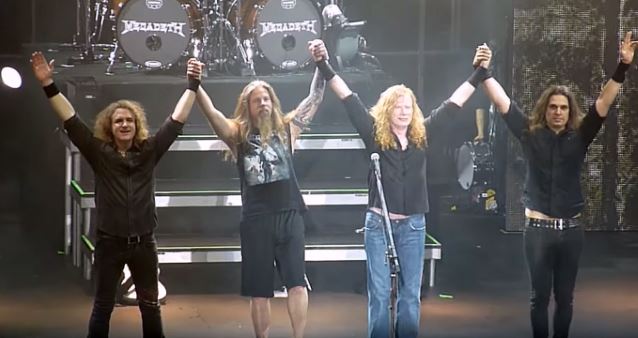 Fan-filmed video footage of MEGADETH performing the song "Holy Wars... The Punishment Due" live on Monday, November 9 at the 3Arena in Dublin, Ireland can be seen below. The show marked the first time MEGADETH's current touring drummer, Chris Adler, pulled double duty, having performed with LAMB OF GOD earlier in the night at the same venue as part of the two groups' joint tour of the U.K. and Ireland.

Adler spoke about how he was preparing for pulling double duty every night. "I'm carb-loading before the show," he said. "I have been working really, really hard over the past probably 10 years to keep myself in shape. What I try to do is about a 10-mile run every day, and then I play the LAMB OF GOD show. So I figure those two things together are probably gonna equal what I do with these guys."

MEGADETH will embark on a U.S. trek in February 2016. The four-band package will mark MEGADETH's first U.S. run of dates in support of its new album, "Dystopia", which is scheduled for release in January.

Mustaine spoke about MEGADETH's musical direction on "Dystopia", the band's first release to feature Adler and Brazilian guitarist Kiko Loureiro, best known for his work with ANGRA. He said: "I think we were going back to our thrash roots, and in the process, Chris came into things. If you remember, after we did 'Risk', I told Marty [Friedman, then-MEGADETH guitarist], 'We need to get back to our roots,' and he quit. So I've wanted to play like this record for a long time. It's just kind of like driving a… well, not driving… piloting an aircraft carrier. You turn the wheel all the way to the left, [and] you know you're turning, but it doesn't look like it, and it takes a long time to get turned around. But we're turned around, I believe." 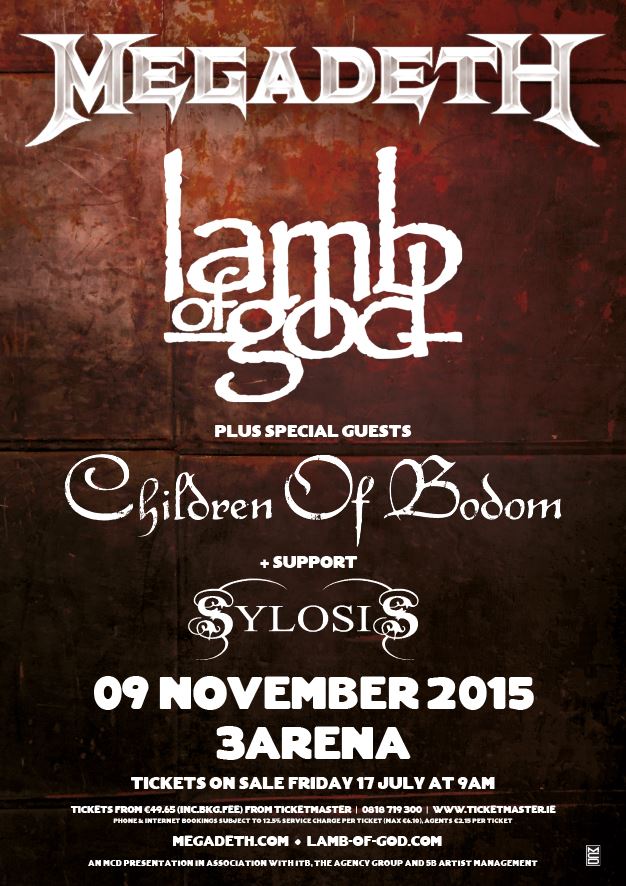