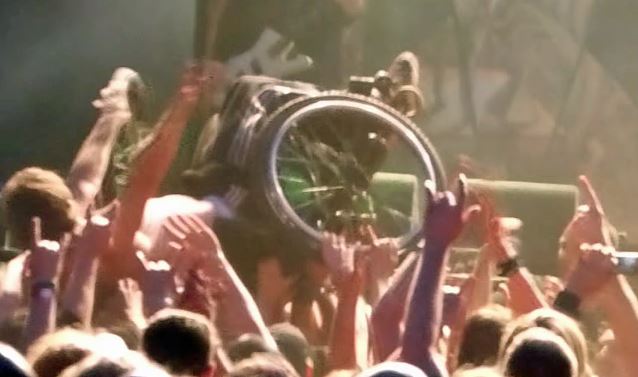 Fan-filmed video footage of ARCH ENEMY's July 18 performance at the Dynamo Metalfest in Eindhoven, The Netherlands — complete with an appearance by a wheelchair-bound crowd surfing fan beginning around the nine-minute mark — can be seen below.

ARCH ENEMY in November 2014 parted ways with guitarist Nick Cordle and replaced him with Loomis. Loomis made his live debut with ARCH ENEMY on the band's fall 2014 European tour.

ARCH ENEMY played its first show with singer Alissa White-Gluz in May 2014 in Bucharest, Romania. Angela Gossow, who joined ARCH ENEMY in 2000 and made her debut on the now-classic "Wages Of Sin" (2001),stepped down as frontwoman and is focusing on management, while Alissa is taking her place. 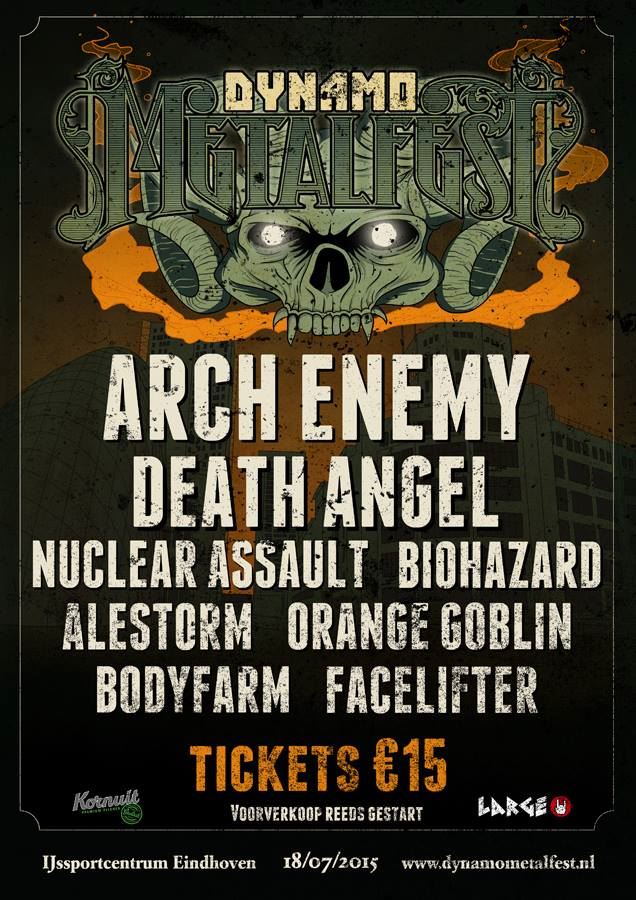