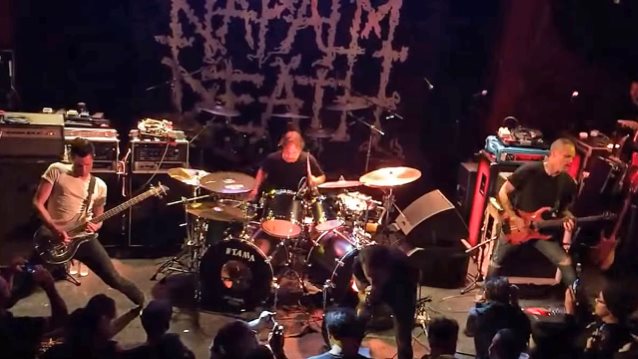 Fan-filmed video footage of DEAD CROSS's May 9 performance at The Troubadour in West Hollywood, California as the support act for NAPALM DEATH and MELVINS can be seen below.

DEAD CROSS is the new "punk" outfit featuring former SLAYER and PHILM drummer Dave Lombardo alongside members of THE LOCUST and RETOX.

DEAD CROSS recently spent time in the studio recording its debut album, due later in the year. The sessions were helmed by producer Ross Robinson, who has previously worked with KORN, DEFTONES, SEPULTURA and LIMP BIZKIT, among others.

Lombardo recently told Madcap Music Review about the formation of DEAD CROSS: "The band came together at the last minute; it was really quick. I needed to play some shows that had been booked. I ended PHILM, so [there were] shows I was committed to doing. A great friend of mine, Ross Robinson, producer who's produced SLIPKNOT, SEPULTURA records, KORN records… you know, many different projects. I mean, those are only a few to mention. And he asked me. He said, 'Hey, you wanna do this session?' You know, working with some 16-year-old songwriter — this girl that sang and played guitar. And I was into it. I said, 'Yeah, let's do it. I've got free time.' PHILM was supposed to enter the studio with Ross producing, but, obviously, they didn't do it, so I had this time that I booked. So I said, 'Dude, I'm all yours. Let's make something.' So the musicians that were brought in were Justin Pearson and Mike Crain from the band RETOX; it's a hardcore band out of San Diego. And Justin also plays in a band called THE LOCUST — an amazing band, a band I've loved since the early 2000s when I was touring with Mike Patton and FANTÔMAS. So we got together, we got along. I said, 'Guys, I need some musicians to help me out with this gig.' We got together, we started writing music. We played our gigs, we kept writing more music. We've written an album, and it has blast beats, thrash beats, punk beats. It's got all kinds of rhythms and Lombardo style of rhythm. And it's, basically, where I believe my fans want me to be. It's very, very aggressive. I'm tapping into my roots."

Lombardo also talked about the source of the searing anger and rage that is fueling the aggression of his new band. He said: "Ever since the tragedy in Paris [that took place last November]; that's why I'm fucking pissed. Because everything hit really close to home. I could have been on that stage [at the Bataclan venue in Paris where EAGLES OF DEATH METAL performed]. I could have been at a festival and some fucking son of a bitch comes in with a shotgun or whatever and starts [blowing] people's heads off. So I'm just… I'm angry. I'm over it, but, you know, with the new releasing some aggressive music, [we're able to] get all the feelings out, get all the shit that we wanna say out in this music. It's not gonna come out playing alternative music, it's not gonna come out playing soft. And my name and my drumming is synonymous with thrash and hardcore music, so I'm really excited about this." 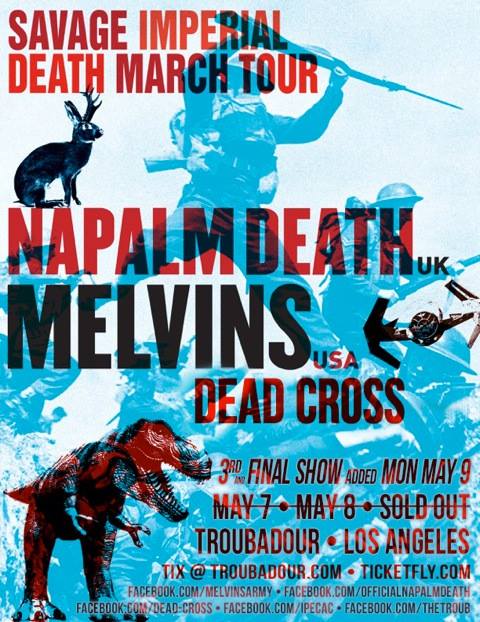