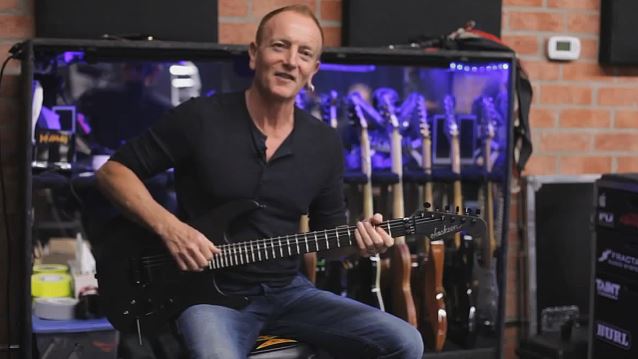 A three-minute video clip of DEF LEPPARD guitarist Phil Collen demonstrating the new version of his signature Jackson PC1 guitar in menacing satin black can be seen below.

The PC1 Ninja is now available to the public in two different versions — one with a maple fingerboard and another with an ebony fingerboard. The limited-edition run will feature only 25 of each model.

As previously reported, DEF LEPPARD guitarist Vivian Campbell will receive a stem-cell transplant in September after doctors discovered his cancer had returned and is now in remission.