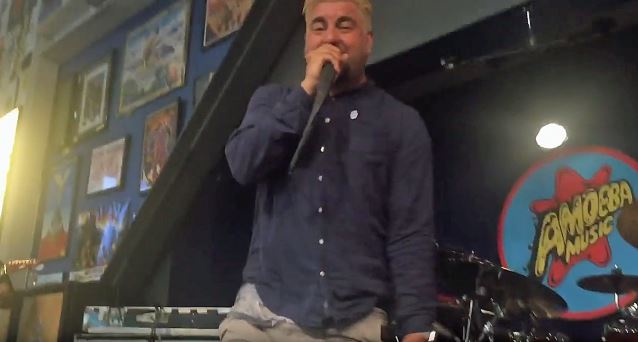 DEFTONES celebrated the release of their new album, "Gore", with a live performance on Monday, April 11 at the Amoeba record store in Hollywood, California. The show was free and open to the public but only fans who pre-purchased the album received priority/guaranteed admission plus the limited-edition poster.

Fan-filmed video footage of DEFTONES' Amoeba set can be seen below.

"Gore" was released on April 8 via Warner Bros. Records.

The new disc serves as the follow-up to 2012's "Koi No Yokan", which featured the Top 15 rock radio hit "Tempest".

DEFTONES will perform on the April 12 edition of ABC-TV's "Jimmy Kimmel Live!"

DEFTONES made the rounds at this year's SXSW in Austin, headlining both Spin's 14th annual day party at Stubb's and an impromptu show at SXSW's outdoor stage at Lady Bird Lake for over 15,000 fans. 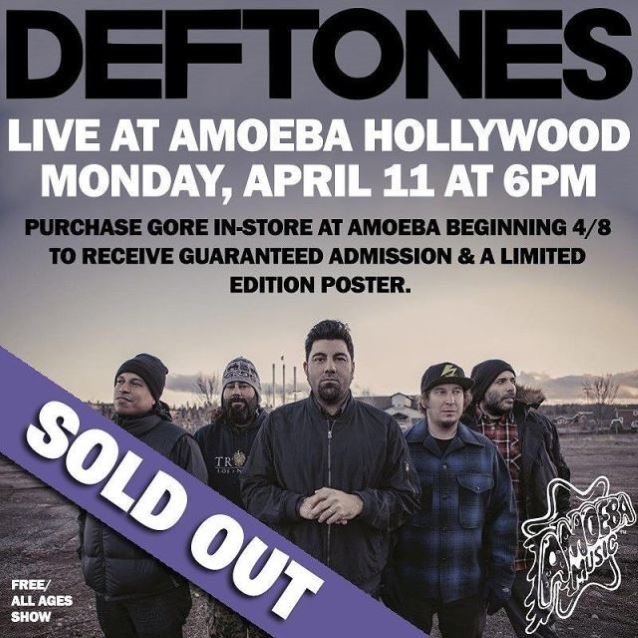