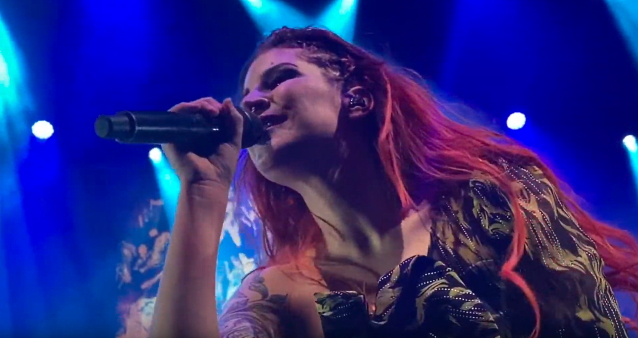 "Apocalypse & Chill" was released on February 7. According to a press release, the disc "explores topics of impending doom and human indifference," making DELAIN's "their boldest, most daring and undeniable offering yet. Brutal riffs, synth-heavy patterns and fully orchestrated compositions accented by vocalist Charlotte Wessels's extraordinary vocal potency will enthrall the listener, while new influences may surprise. The broad soundscape on 'Apocalypse & Chill' ranges from anthemic rock to electronic metal and breaks all stereotypes, without losing the special DELAIN trademarks."

Keyboardist Martijn Westerholt told Metal Insider about the making of "Apocalypse & Chill": "I think a lot of interviewers ask us, 'Do you have a goal or like an aim before you started?' We always say no, but there's also always one exception. We always say, 'We want it more heavy, hard, or loud.' And so we always aim for that part and then let me start with just go, literally go with the flow, so to say. And it really worked out well with this album. What also helped is that our guitar player, Timo [Somers], he normally always arranges what we write. So when we were done writing, we gave it to Timo and he tweaked it and then we recorded it. But this time, he also really contributed some material himself. And that also helped very much in the heaviness. And then there's, of course, how you mix and produce it. And yeah, we've always tried to make that as heavy as possible."

Westerholt also talked about the "Apocalypse & Chill" recording process, saying: "I was kind of thinking that this time it would be better to do everything fragmented. So normally the old-fashioned way of doing it, so to say, is that you write everything first and then you record and mix everything. And this time we kind of wrote a couple songs then recorded and mixed those and then went back and wrote more songs and recorded and mixed those. And an advantage of that is you are way more flexible. You can go back to your song, which is already mixed and tweaked things even, while in the old way of working, when everything is mixed, it's done and there's kind of no return. And that makes things way more flexible. It always makes it more inefficient in the process because you have to build down and build up drums over and over again, and in the studio, and record over and over again instead of in one go, but it also gives you more flexibility, and I think it really benefits the process very much." 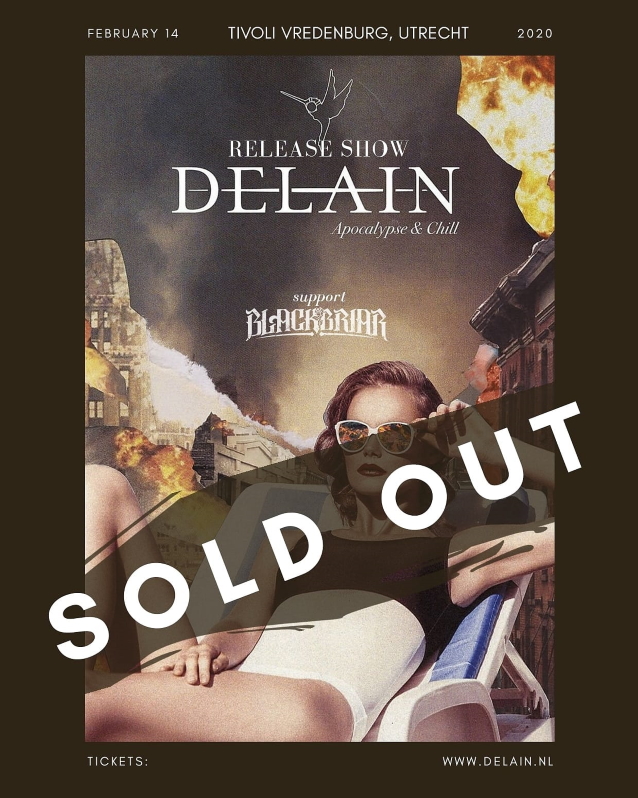