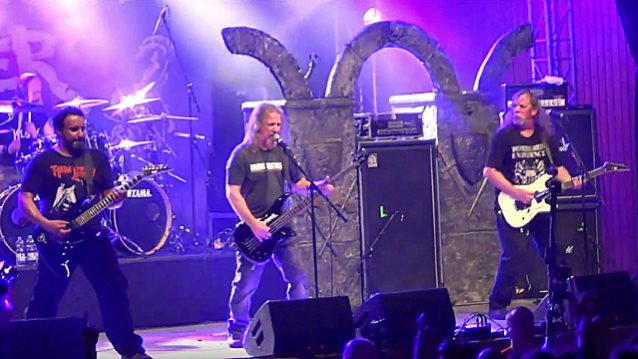 Fan-filmed video footage of reunited cult New York thrashers DEMOLITION HAMMER performing on April 28 at the Keep It True festival at Tauberfrankenhalle in Lauda-Königshofen, Germany can be seen below.

DEMOLITION HAMMER will celebrate the 25th anniversary of its second album, "Epidemic Of Violence", by performing the LP in its entirety at a special show on June 24 at the Gramercy Theater in New York City. There will also be special 25th-anniversary "Epidemic Of Violence" merchandise that will only be sold at the show and will never be manufactured and sold again afterwards.

Asked how the DEMOLITION HAMMER reunion came about, guitarist Derek Sykes told Rock Hard magazine: "It's kind of something that we've been watching, or I've been watching, for a very long time. Our last show that we played, up until recently, was twenty-five years ago. I've kind of maintained web sites and things like that, and I've been just kind of listening to people talking about the band, and they started talking more and more and more and more. And I had the idea, went to Steve [Reynolds; bass/vocals] and said, 'Hey, what do you think? Maybe we [should] try it.' And he was, like, 'I don't know.' So it really just kind of sat for a while and I just sat in awe, looking at how many people were kind of into it. I didn't expect that at all. And then we reconnected with Jim [James Reilly, guitar] here, and it was great just all three of us hanging out and really just having a great time. And then we went to the Maryland Deathfest not last year, but the year before. And our friends' band SOLSTICE played one of our songs, and we saw the crowd went nuts, and that's really when it hit us: 'Holy shit! We can actually do this.' So we dusted off the guitars, dusted off our arms, and tried to re-learn stuff that we hadn't literally played in twenty years. And we got most of it right."

Regarding whether there are plans for DEMOLITION HAMMER to record a new album, Steve said: "We've talked. But we were so busy just trying to work all this in, we haven't really solidified any plans for that. But we're still talking about it."

Added Reilly: "Now that we see how well this is going, we do have it in our heads to start writing some new material and see where it goes."

Continued James: "I think we can. As long as we stay true to ourselves and try not to be something we're not, it should work. I think it'll work." 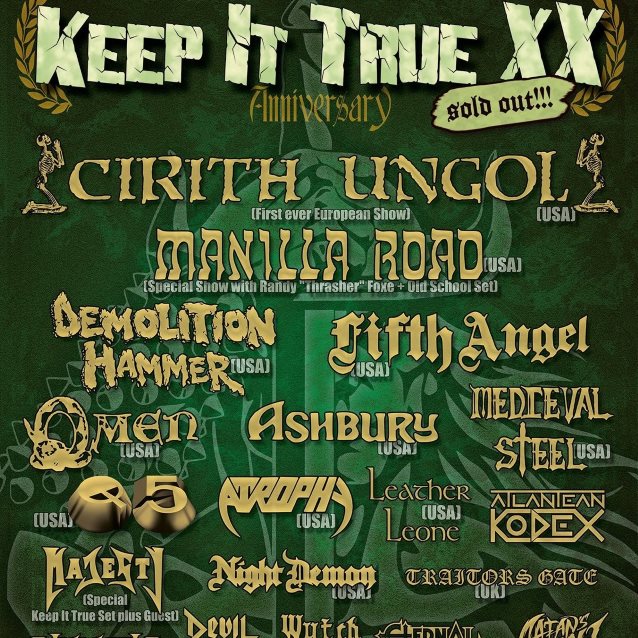