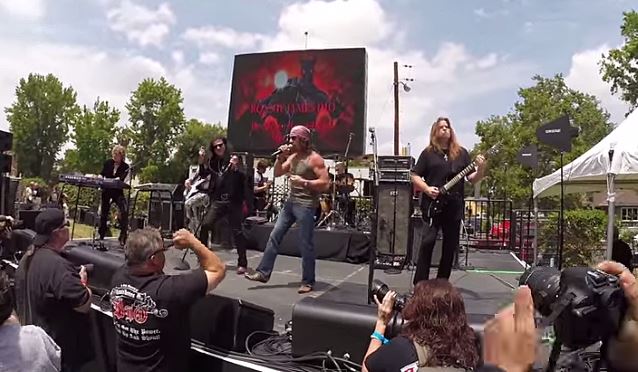 Gear Gods has uploaded video footage of DIO DISCIPLES performing this past Sunday (May 17) at Los Encinos State Historic Park in Encino, California in remembrance of legendary heavy metal singer Ronnie James Dio (BLACK SABBATH, RAINBOW, DIO, HEAVEN & HELL) on the fifth anniversary of his death. Check it out below.

DIO DISCIPLES, which pays tribute to Ronnie James Dio and is fully supported by Dio's widow/manager, Wendy, was recently joined by singer Joe Retta (SWEET, HEAVEN & EARTH). Joe hails from Rochester, New York and and was raised on '70s R&B and rock during an era when, as he describes it, "music had more soul and was more diverse." His influences include such luminaries as Stevie Wonder, Steve Marriott, Paul Rodgers, Robert Plant and, of course, Ronnie.

Goldy in 2013 stated about DIO DISCIPLES: "After Ronnie's passing and a lengthy mourning period, Wendy Dio and the band that was left behind have decided it was time to honor and keep the memory and legacy of Ronnie James Dio alive in the most respectful way possible!"

He continued: "There is something special that happens when a group of people gather together with the same heart, mind and spirit as one another... and that is what happens every night we (the DIO DISCIPLES) perform! I never know when... but I know that it will happen because it always does... some time during the concert, the audience and the band connect and become as one! And with the large speaker system, lights and special performances... you don't want to rely on all the crappy little cell phone recordings that look and sound like shit posted on YouTube!

"I've never lied about anything to any DIO fan and I'm not about to start now! Every time we perform there's always several very special moments that just can't be defined into words! You just have to trust me and come experience it for yourselves! And I hope you do!" 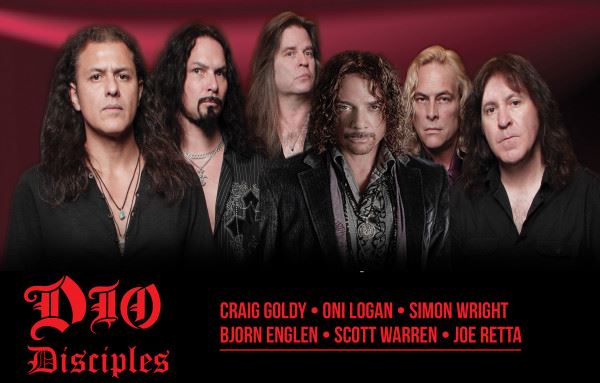