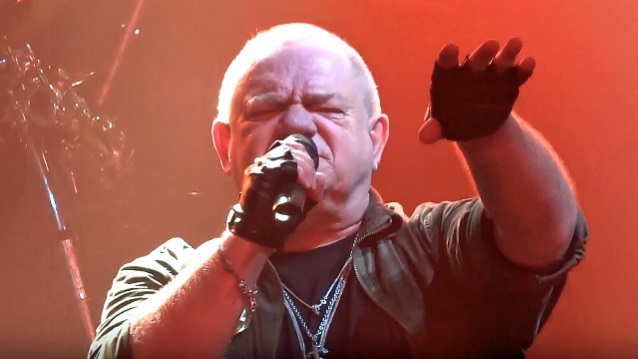 Fan-filmed video footage of DIRKSCHNEIDER — the band fronted by former ACCEPT singer Udo Dirkschneider — performing on December 13 at La Machine Du Moulin Rouge in Paris, France can be seen below.

Dirkschneider has spent the last two years touring under the DIRKSCHNEIDER banner, performing classic ACCEPT songs for the last time. The trek, which was originally supposed to conclude with the band's North American run in January/February 2017, has now been extended through early 2018.

In a message on the DIRKSCHNEIDER Facebook page, Udo explained his decision to continue touring as DIRKSCHNEIDER, saying: "Originally it was our plan to go back to touring with U.D.O. in 2017. But we have received an incredible number of emails and letters from fans begging us to continue with DIRKSCHNEIDER, and as there are still so many (ACCEPT) songs left to be sung, we have decided to bow to your demands!

"During the last tours with DIRKSCHNEIDER, the audience had a lot of fun, and we as a band also had the time of our lives on stage. In fact, a whole lot of people in countries all over the world have been knocked out by these shows.

"We are thrilled by the idea of continuing and we are really looking forward to seeing you all again live on tour!"

In addition to Udo, the DIRKSCHNEIDER band on the recent tours included his son Sven Dirkschneider on drums, Fitty Wienhold on bass, Andrey Smirnov on guitar and Kasperi Heikkinen on guitar. Kasperi has since left the group and was replaced by Bill Hudson.

DIRKSCHNEIDER released "Live - Back To The Roots - Accepted!" on August 4 in Europe and August 18 in the USA as a DVD/2CD, Blu-ray/2CD and gatefold triple vinyl in two different colors.

After putting out the live double CD last year, fans were asking for a visual output, so finally, in December 2016, the show in Brno, Czech Republic was recorded for that purpose. Besides many classics from Dirkscheider's ACCEPT era, there's a cover version of Frank Sinatra's "My Way" as a bonus track on the CD and vinyl. 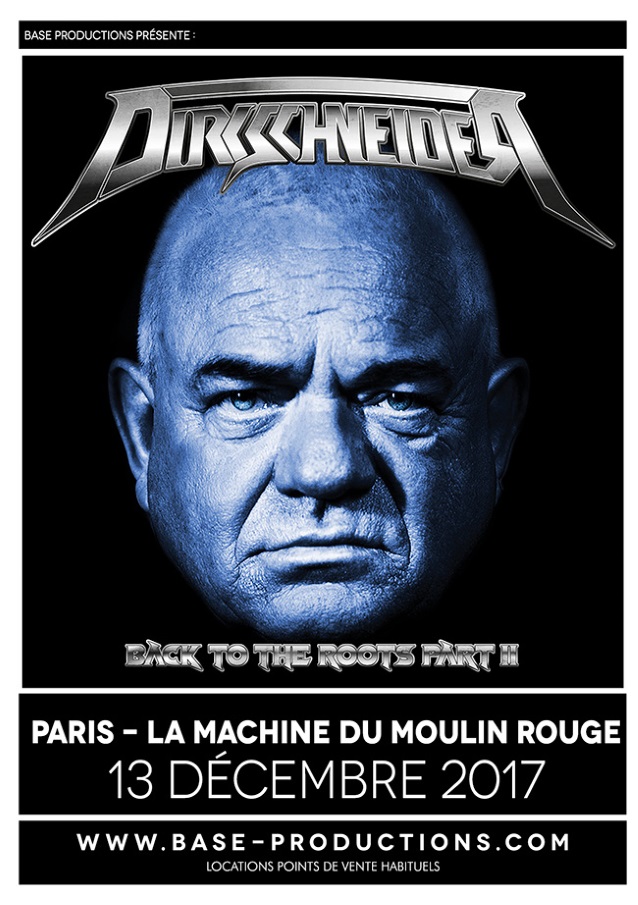