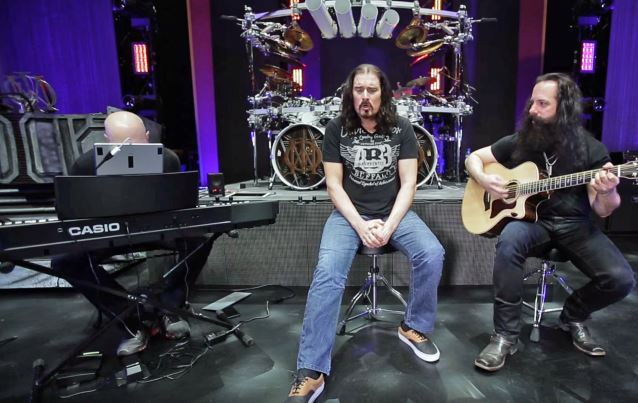 Said Petrucci: "'Wish You Were Here' is one of my favorite FLOYD songs of all time. I have many memories of playing that back in high school even at parties. It was just the one song that everybody kind of seemed to know and loved to sing along.

"PINK FLOYD is a huge influence not only on me, but on the rest of the guys.

"Of course, [DREAM THEATER's] 'The Astonishing' is a concept album written around a story. PINK FLOYD's 'The Wall' was definitely an inspiration, and they've been a huge influence, as I said. I love the fact that they have so many great songs that you can actually just pick up the acoustic guitar, strum and have people sing along and know it, and there's a real art to that."