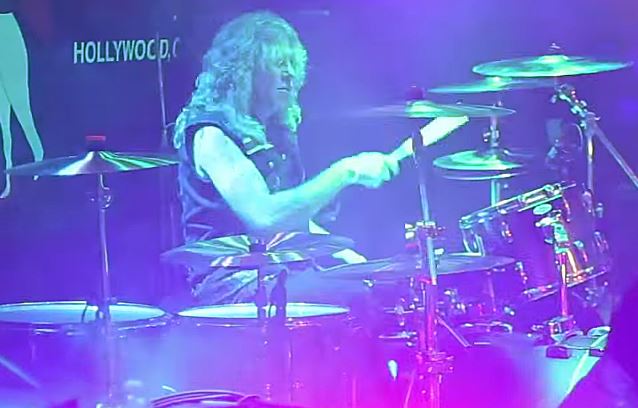 Fan-filmed video footage of ADLER, the band led by former GUNS N' ROSES drummer Steven Adler, performing on July 10 at the Whisky A Go Go in West Hollywood, California can be seen below.

As previously reported, ADLER is working on material for its sophomore album for a tentative February 2016 release.

Speaking to California Rock News before the Whisky concert, Bunton said: "We have shows, so we're recording when we're not doing shows. It's part of the process — just staying busy, doing the rock and roll thing. But [it will] probably [be out in] February. I say probably. Might be November or December; we never know. Might be January." 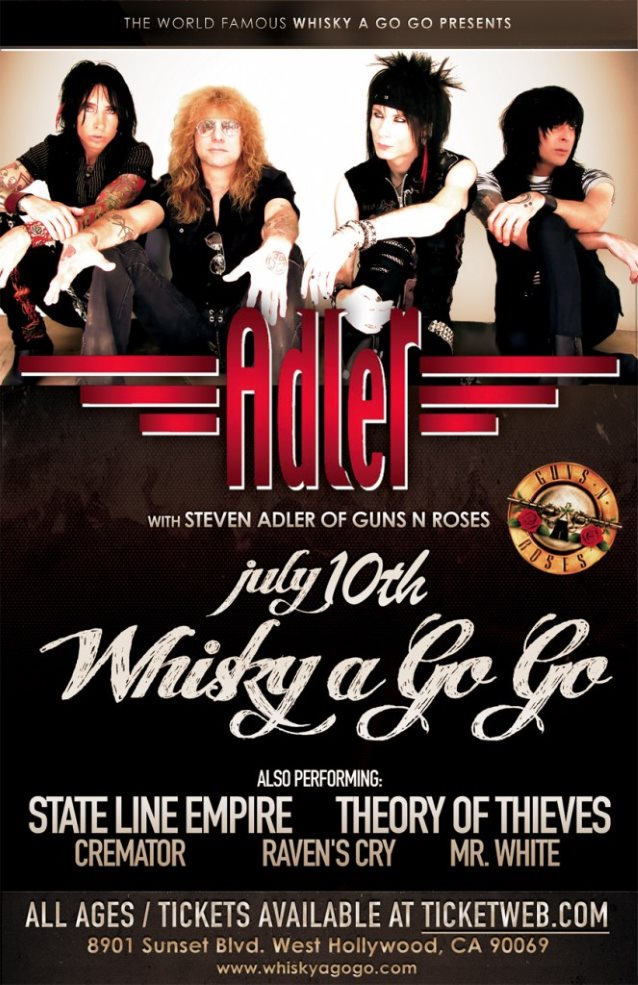