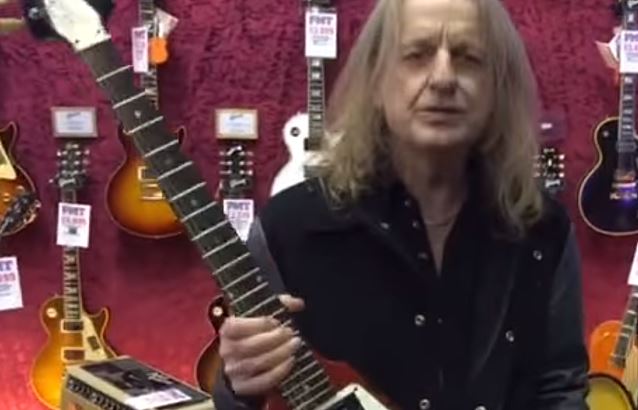 Downing, who is a founding member of the British heavy metal legends and was part of the group since 1969, announced his retirement from PRIEST in April 2011.

K.K. in 2011 shot down as "inaccurate" reports that he left JUDAS PRIEST because he chose to concentrate on running the 18- and nine-hole golf courses on his property.

In a recent interview with the "Rockin' Metal Revival" Internet radio show, Downing stated about his decision to leave JUDAS PRIEST: "I thought I couldn't remember the last time I saw the seasons change in England… you know, spring, summer, autumn and winter. [That was] one thing. But when I actually added everyting up, there was so many reasons, really, why I decided to not continue. Another reason is time does get shorter as you get older. I feel a lot of the listeners out there won't be the age that I am, but I can promise you when you get to a certain age, you start to think that things are zipping by, so it's time to take a bit of a step back and think about spending a little bit of time with the family and stuff like that. Not exactly living a normal life, but just getting in tune with reality again. Because, as I say, it's almost like an amazing fantasy world to live in the world that I had been living in. But it was time not to continue to be selfish and just put a bit of time into other people that have supported you over the years."

Asked if he has ever regretted his decision to leave, Downing told DigitalJournal.com: "I don't regret leaving, because, to me, I thought that it had run its course. I miss what we had, but I don't particularly miss what we had become when I left… You can look at YouTube and see JUDAS PRIEST playing at the US Festival, or at Live Aid, and I miss being at the pinnacle of the band. I miss that energy and youthfulness and just delivering all of that up."

He continued: "You become a certain age and I think that I would have been happy if, as I said, I was enjoying the shows. There's disagreements with how things should be done and I thought if I'm outnumbered, then it's time to go... But I suppose we did fantastically well. I mean, 40 years is great."