Fan-filmed video footage of GREAT WHITE's February 7 performance at the Monsters Of Rock pre-cruise party at Magic City Casino in Miami, Florida can be seen below (clips uploaded by YouTube user "Joel Steele").

Earlier in the month, GREAT WHITE guitarist Mark Kendall told Rockbandreviews.com that he and his bandmates have "been going crazy lately" working on material for the band's next album. The effort will mark GREAT WHITE's first collection of new songs with singer Mitch Malloy, who joined the group in 2018 following the departure of Terry Ilous.

"I've been sending Mitch music," Kendall said. "He lives in Florida right now; he moved from Nashville to Florida. I've been sending him ideas. We're gonna probably get together pretty soon and start actually doing it for real.

"I was kind of thrilled, actually, because I hadn't really written with Mitch yet, as far as sitting down and having a writing session or whatever, but I sent him just music with no melody ideas or anything, and he came back with a full song — lyrics, melodies, chorus; the whole deal," he continued. "It was a pretty good arrangement, so it wasn't probably too difficult for him because there was a lot of availability with melodies and stuff. But I was real excited that he could come with a song without me humming any melodies or giving him any ideas at all. So that was kind of cool."

Kendall also talked about the songwriting process, saying that he finds it difficult to write music on demand.

"I usually get inspired when I know we're gonna record in three months or something," he explained. "That's when I get in that mode where I'm thinking about it. But I've never done this; I've never [said to myself], 'I'm going to write songs now and go into a room and try to write songs.' For some reason, that just seems like work to me. But what I will is think of things in my head or have my acoustic with me all the time. Maybe while I'm watching TV, something pokes out and then I'll put it down. But I never really force it too much. And then when I do get a song, or at least some parts, we'll get together into a room — the band — and we'll kind of hash it out." 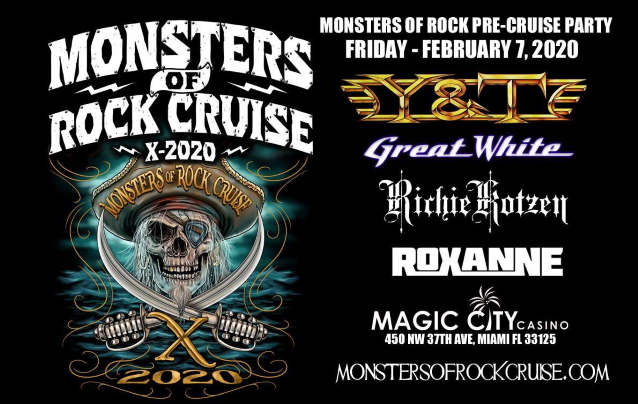