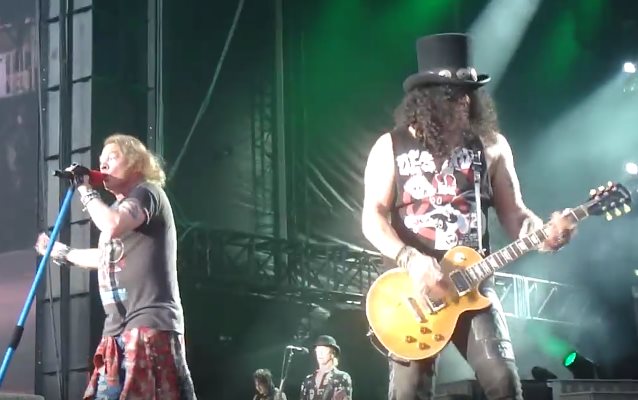 Fan-filmed video footage of GUNS N' ROSES' February 4 concert at Western Springs in Auckland, New Zealand can be seen below.

As previously reported, thirteen concerts on the South American leg of GUNS N' ROSES' "Not In This Lifetime" tour yielded a total box office gross of $56.5 million, according to Billboard Boxscore. More than 565,000 tickets were sold for the shows, including 105,000 tickets for the November 4 and November 5 gigs in Buenos Aires, Argentina, and another 93,600 for the November 11 and November 12 dates in São Paulo, Brazil.

The trek's total gross now stands at a whopping $192 million, according to Billboard.

Last summer's North American leg, which consisted of 25 shows in 21 stadiums, grossed $116.8 million with over one million tickets sold.

The band's appearances at MetLife Stadium in the metropolitan New York City market brought in $11.6 million from shows on July 23 and 24.

GUNS N' ROSES is coming back to North America this summer for at least another 15 stadium dates starting on July 27 in St. Louis. 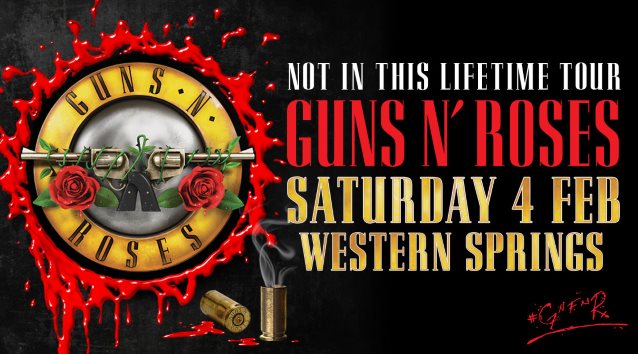