Fan-filmed video footage of GUNS N' ROSES' October 8 concert at Wells Fargo Center in Philadelphia, Pennsylvania can be seen below.

According to ticket sales data reported to Billboard Boxscore, box-office grosses from fifteen shows during the summer 2017 North American leg of the "Not In This Lifetime" tour added $53 million in sold ticket revenue to the trek's overall gross that is now believed to have passed the $300 million mark since its April 2016 launch.

The 2016 North American leg, which featured twenty-five stadium shows in twenty-one cities, grossed a whopping $116.8 million with over one million tickets sold. 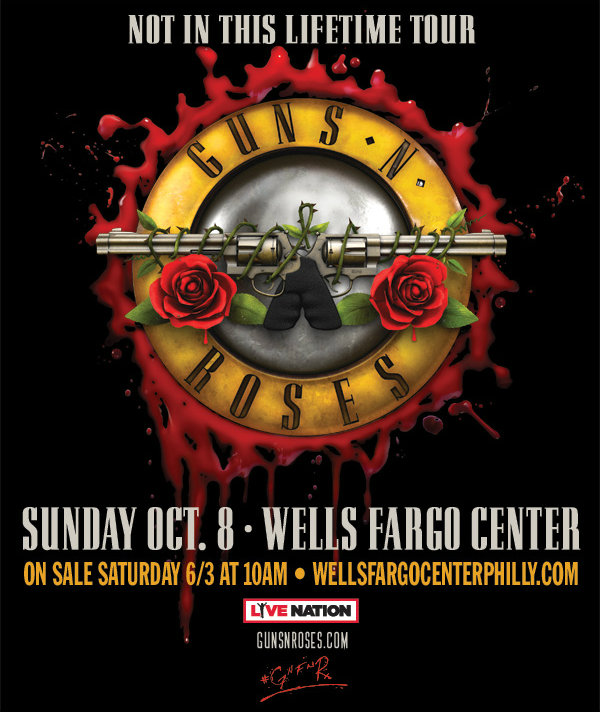