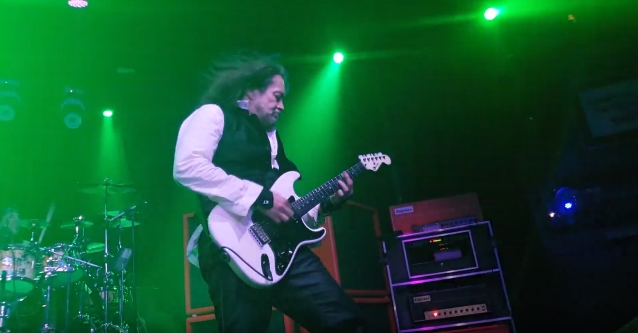 Fan-filmed video footage of RED DRAGON CARTEL, the band led by former OZZY OSBOURNE and BADLANDS guitarist Jake E. Lee, performing on February 28 at the Whisky A Go Go in West Hollywood, California can be seen below.

RED DRAGON CARTEL's new album was recorded at Esposito's Obscenic Arts studio in Dillsburg, Pennsylvania and was mixed by legendary producer Max Norman, who has previously worked with OZZY OSBOURNE, MEGADETH, SAVATAGE and LOUDNESS, among others.