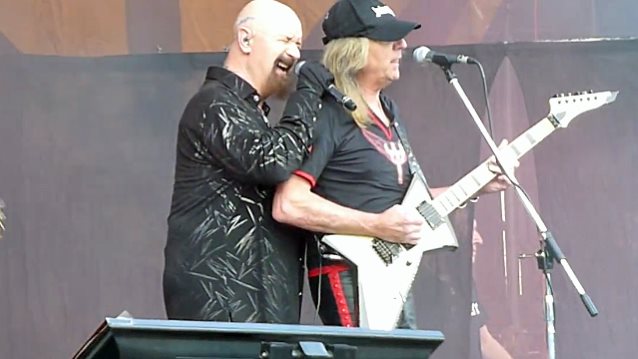 Fan-filmed video footage of JUDAS PRIEST's May 30 performance at the Rockavaria festival at Olympiastadion in Munich, Germany can be seen below.

"We felt it was important to make another classic metal album, which is generally what PRIEST has been famous for over the last 40 years," JUDAS PRIEST singer Rob Halford said in an interview with Ultimate Classic Rock. "We had great success with 'Nostradamus', which was something that we'd always wanted to try. I think there was a nice enough space of time, musically, to do a lot of things but primarily just to kind of get all of the pieces into place to make what we feel is one of our best records — with all of the elements of what classic PRIEST stands for."

Asked if there will be another JUDAS PRIEST album to follow "Redeemer Of Souls", the band's bassist, Ian Hill, told Music Feeds: "There's no reason why not. I mean, Richie [Faulkner, guitar] came to the band… It's been, like, three years ago now, and he's injected a whole new enthusiasm and energy into the band. We just did the 'Epitaph' tour and we were gonna try and slow down, but that ain't gonna happen — it just ain't gonna happen. I think we enjoy it too much, really. I think the thought of us not doing it terrifies us… or not being able to do it. So we're gonna cram as much as we can while we can. At least three of us ain't spring chickens anymore. So we're gonna keep going until one of us drops, I suppose." 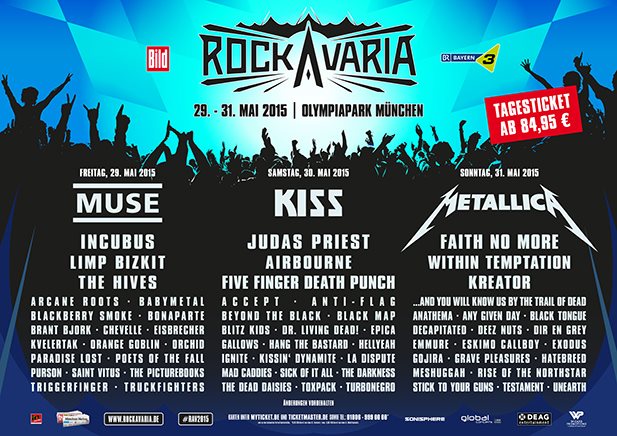