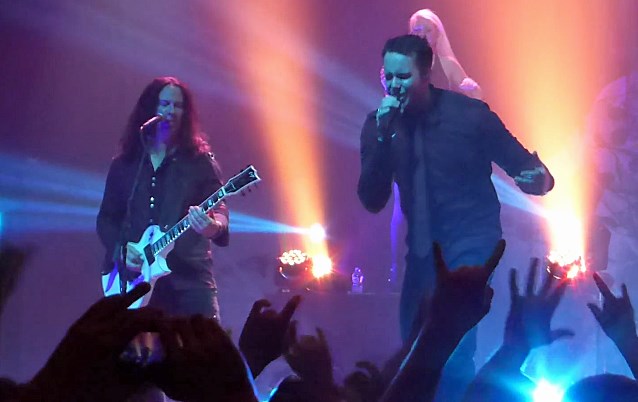 Fan-filmed video footage of KAMELOT performing three news songs — "Insomnia", "Veil Of Elysium" and "Revolution" — live on May 2 at the Metropolis in Montreal, Quebec, Canada can be seen below. All three tracks are taken from KAMELOT's new album, "Haven", which will be made available on May 5 in North America and May 8 in the rest of the world (excluding Asia) via Napalm Records as part of an exclusive licensing deal through the band's Kamelot Music LLC.

Produced by Sascha Paeth and mastered by Jacob Hansen, "Haven" is a massive album that is sure to please critics and fans alike. Guest musicians on the CD include Alissa White-Gluz (ARCH ENEMY),Troy Donockley (NIGHTWISH) and Charlotte Wessels (DELAIN). The breathtaking cover and artwork was created by Stefan Heilemann and additional art/layout was done by Gustavo Sazes.

Speaking to RAMzine at this year's Hammerfest, which took place in March at Hafan Y Mor Holiday Park, Pwllheli , Gwynedd, North Wales, KAMELOT singer Tommy Karevik stated about "Haven": "I think it's even more diverse than the previous album [2012's 'Silverthorn']; it is, actually, more diverse. We went a little bit for that — to have this wide spectrum of different feels; not only bombastic stuff, but also melancholic, dark, slower stuff, even faster stuff, more aggressive stuff. So it's a really good… It's like a plethora of everything, which is really cool. We've got some really cool responses from the album so far." 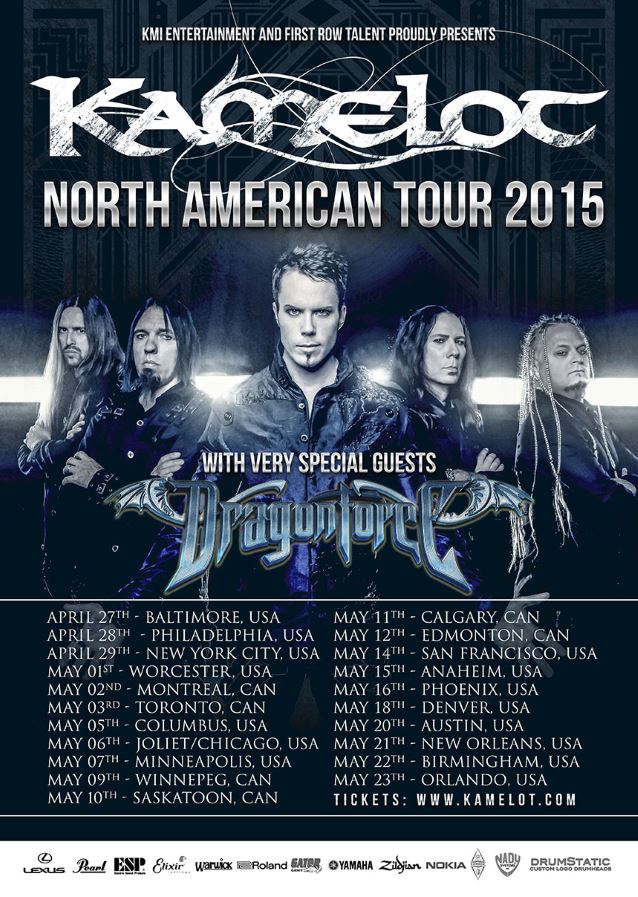