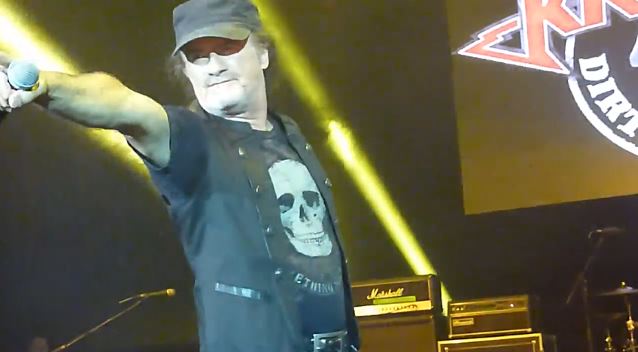 Fan-filmed video footage of KROKUS's April 20 performance during the Monsters Of Rock cruise can be seen below.

KROKUS's U.S. tour kicked off on Monsters Of Rock cruise and will continue through a series of cities, leading to the legendary Whisky A Go Go in West Hollywood, California on May 6.