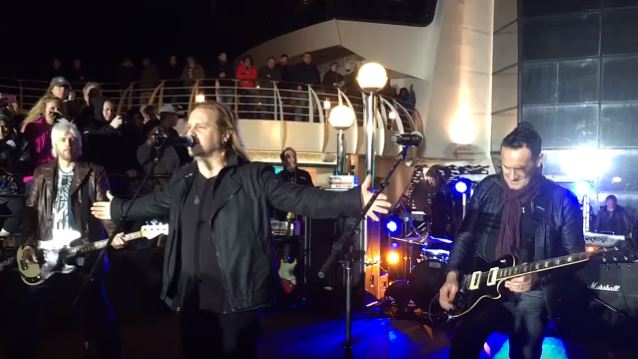 The surviving members of LAST IN LINE were joined by CINDERELLA bassist Eric Brittingham aboard DEF LEPPARD's inaugural "Hysteria On The High Seas" cruise to play a special set in memory of LAST IN LINE's bassist, Jimmy Bain, who died the previous night on the ship. Fan-filmed video footage of the performance can be seen below.