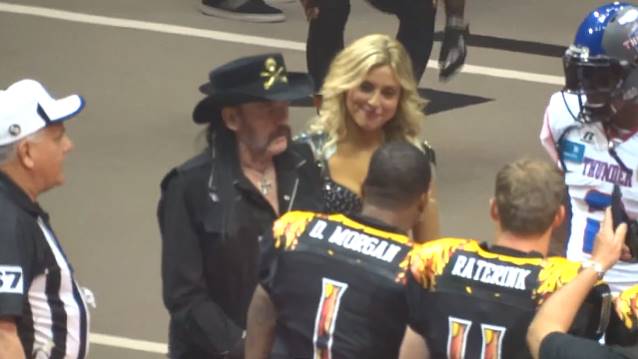 STEEL PANTHER, widely considered one of the hottest heavy-metal bands out of Hollywood since MÖTLEY CRÜE, GUNS N' ROSES and POISON ruled the Sunset Strip, put on a special halftime performance in front of 12,045 fans at last night's event.

"We wanted a football team, but this is a different type of football," 47-year-old KISS fan John Richards told the Los Angeles Times at last night's game. "This is KISS football."

MOTÖRHEAD canceled a handful of shows on its European festival tour in August 2013 after Lemmy suffered a haematoma (where blood collects outside of a blood vessel). The news of Lemmy's latest medical issue followed reports that he was also fitted with a defibrillator because of heart problems. The band also postponed a European headlining tour which was scheduled to kick off in November. 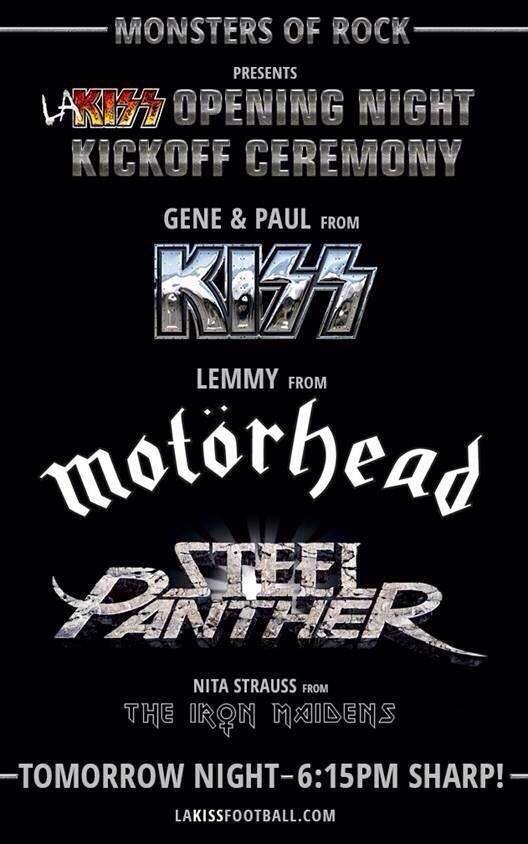