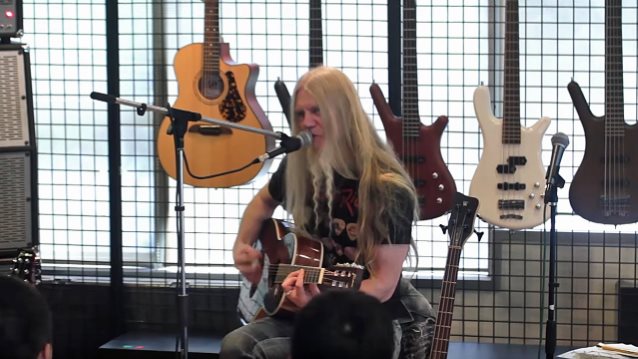 Video footage of bassist/vocalist Marco Hietala of Finland-based symphonic metallers NIGHTWISH performing a solo version of the song "The Islander" during his visit to the Warwick headquarters in China in April 2016 can be seen below.

Photos of Marco's visit can be found on the Warwick.cn web site.

NIGHTWISH keyboardist and main songwriter Tuomas Holopainen recently confirmed to Roppongi Rocks that the band will take a year-long break during 2017. "That's the plan, yes," he said. "The last show for this tour is going to happen in October. Then all of 2017 off and back with a vengeance in 2018."

Regarding what he might be doing during NIGHTWISH's time off, Holopainen said: "I don't think I will be doing music. That's the idea of the break. I haven't really given it that much thought. I just enjoy the idea of getting to be at home, doing the gardening, taking care of the horse, just be steady for a while."

Holopainen was also reluctant to share any of NIGHTWISH's plans for when the band returns to live action in 2018. "It's a bit too far away to reveal anything but we know pretty much what the plans are until 2020 or so," he said.

NIGHTWISH singer Floor Jansen recently shot down speculation that the band's upcoming break has something to do with tension between members of the group. She told AXS: "Even though we will have this year off, it doesn't have anything to do with how things are in the band. I've seen some people starting to gossip online of why we [would] take a year off. We'll take a year off because we can and because we want to. That's all there is to it. It has nothing to do with how things are in the band. And it also doesn't mean that we haven't been thinking about what's coming next; we have a lot of cool stuff coming up. So we hope that, after this break, people will still be equally excited to come out and see whatever we've got cooking up in our kitchen for them." 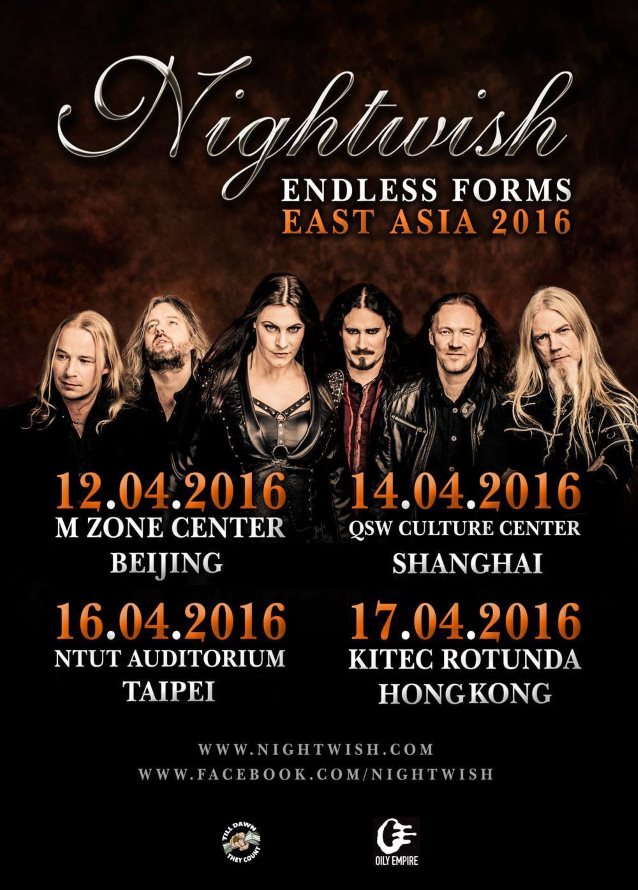