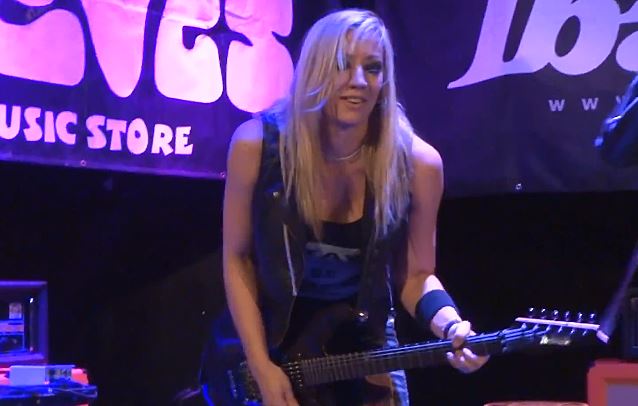 In a recent interview with David "Gus" Griesinger of BackstageAxxess.com, Strauss stated about her upcoming solo album: "I'm really excited about it. There's not a whole lot to tell. I mean, I'm writing and working on it with some great other musicians and kind of putting the whole thing together."

She continued: "It's weird writing a solo album, 'cause I'm a band person; I've always been a band member. So it's weird writing an album where I don't have anybody to bounce ideas off. This is all… For better or for worse, this is what I've got."

Asked when she expects to release her solo CD, Nita said: "Judging by the way my calendar is looking, it's probably gonna be, like, 2040. [Laughs] But hopefully next year."

Asked if she is going to be playing any other instruments on the CD besides the guitar, Nita told Rock Music Star: "I'm not going to be singing, that's for sure.  I want people to like the record. [Laughs] Honestly, I can't really tell you right now. I do have some people out in L.A. that I would like to collaborate with. So we will see what happens." 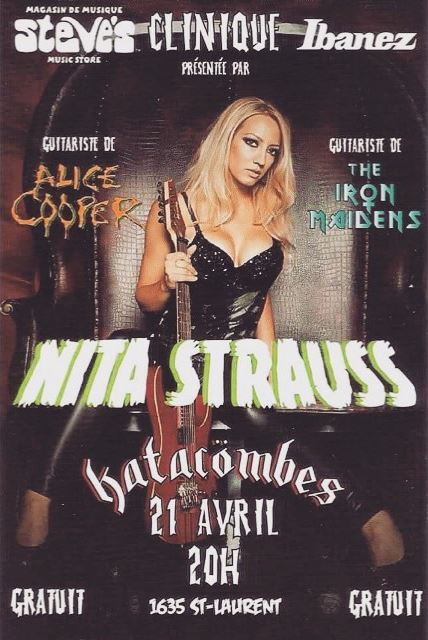