Fan-filmed video footage of last night's gig can be seen below.

Stanley shared the mission statement for the new band, which he wants it to be known is as far away from KISS and you could imagine. "We're living in a time of being fed canned pre-programmed backing tracks and lipsyncing in place of the electricity and passion of real live R&B," he said.

"When I was a boy, before I ever saw THE WHO or LED ZEPPELIN, I saw Solomon Burke and Otis Redding. I saw THE TEMPTATIONS. It's tragic to think that so many people are missing out on experiencing the power of so many great bands, artists and that incredible music."

Stanley went on to explain: "That music is part of the foundation of all the music I've made and SOUL STATION is my chance to celebrate it for a night that's real and live. I don't play guitar in the band and we don't do a single KISS song. That's not what this is about. It's magical to hear those songs played right and we're making magic."

Stanley told LA Weekly about his reasons for startion SOUL STATION: "I just find myself thinking that people go to live shows paying for Kobe beef and getting dog food. You get computerized music with fake vocals, and it had me thinking about all of the great Motown and Philly soul acts that did these great songs and delivered the goods. I thought it was a great thing to celebrate, so I called some of the top people who I knew and when I told them what I wanted to do, [and] everybody without hesitation said they were in."

In addition to his many talents — including fronting KISS — Paul Stanley is known as a painter, an author and now a "lifestyle designer." Stanley has joined forces with social media marketing company Epic Rights to the launch the "all-new lifestyle brand" called Paul Stanley: Royals & Rebel, which debuted in Las Vegas at the Licensing Expo this past June. 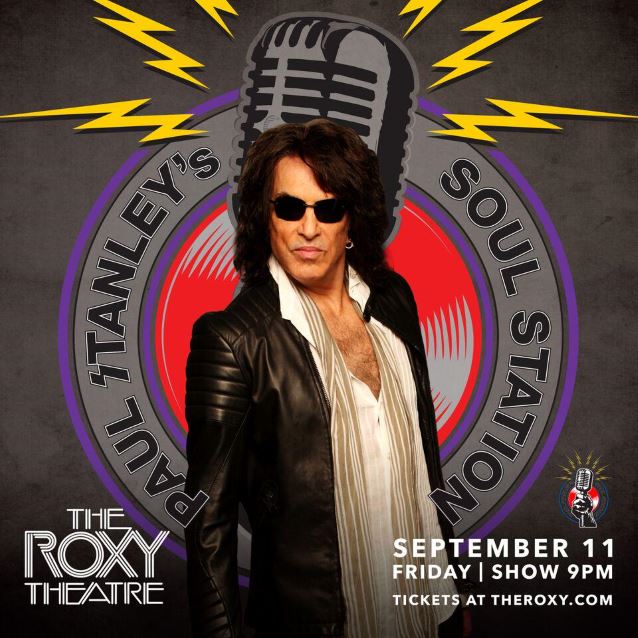