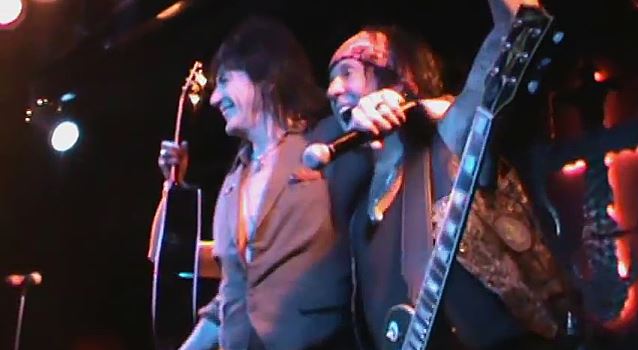 Tracii Guns in 2013 ruled out the possibility of a reunion with Phil Lewis and L.A. GUNS drummer Steve Riley. He said: "My heart's just not into it, man, you know. I was so young when we did that. Your tastes just change. And I played those songs for so many years. I just don't really see it happening. I don't know, really, why I would do it, you know what I mean? It's not like the band is big enough to have, like, a comeback where it would make some crazy financial sense or something like that. But musically, I think I've played those songs enough in my life."

Tracii started L.A. GUNS while still in high school in 1982. The original singer, Michael Jagosz, was replaced by Axl Rose. Signed to PolyGram in '87, the band's self-titled debut, with Phil Lewis replacing Rose, sold over a million copies, as did "Cocked and Loaded" (1989) and "Hollywood Vampires" (1991).