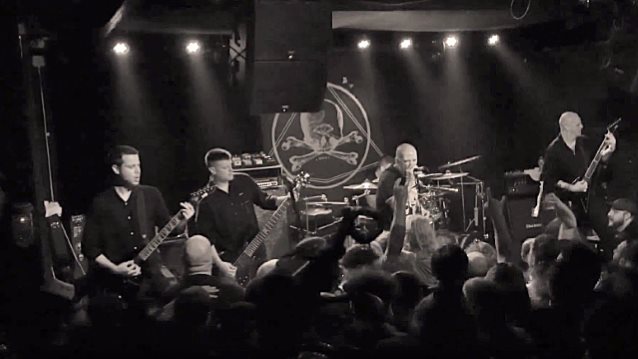 Fan-filmed video footage of SCOUR — the new extreme metal "supergroup" featuring Philip Anselmo (PANTERA, DOWN, SUPERJOINT) alongside members of CATTLE DECAPITATION and PIG DESTROYER — performing the PANTERA classic "Strength Beyond Strength" on June 14 at Saint Vitus Bar in Brooklyn, New York can be seen below.

The self-titled debut EP from SCOUR was released last July via Anselmo's Housecore label. The six-track effort was mixed by Dave Otero (CEPHALIC CARNAGE, CATTLE DECAPITATION, COBALT, KHEMMIS) and was made available on CD and vinyl formats.

Anselmo previously stated about his involvement with from SCOUR: "Doing the SCOUR project was a blast. The track 'Dispatched' was the first one I attacked, as it was the first one sent to me. Lyrically, I leave it to the listener to evaluate, as usual. The way I saw it, the songs were short, and extremely straight-forward, so I didn't want to clutter 'em up with too much. Therefore, I had to pick particular lyrics that seemed provocatively absurd enough, and to perform them as raw as deemed fit."