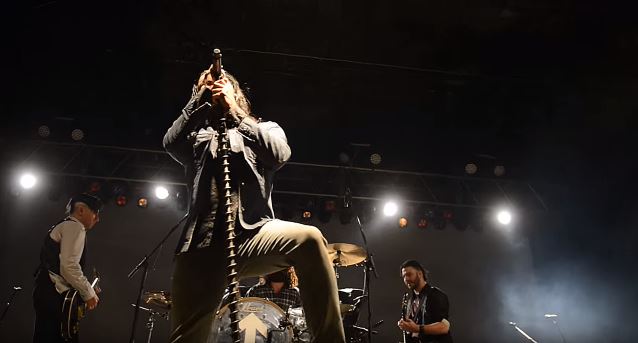 Michigan-based rockers POP EVIL paid tribute to late STONE TEMPLE PILOTS singer Scott Weiland this past Friday night (December 4) by performing a cover version of the STP classic "Interstate Love Song" at Myth in Minneapolis, Minnesota. Fan-filmed video footage of their rendition can be seen below.

POP EVIL's new album, "Up", was released on August 21 via eOne Music.