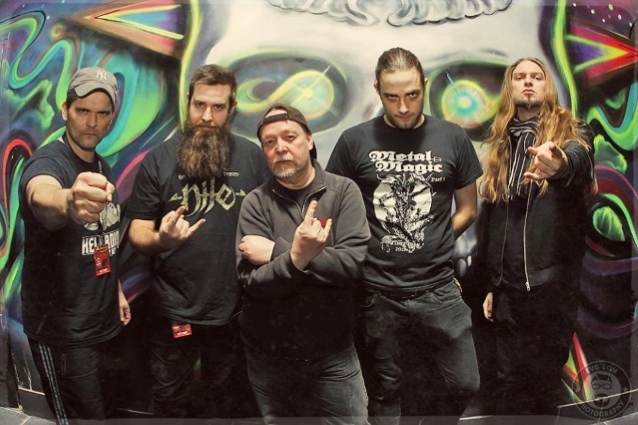 Danish thrash metal veterans ARTILLERY will release their ninth studio album, "The Face Of Fear", on November 16 via Metal Blade. The follow-up to 2016's "Penalty By Perception" is ARTILLERY's third effort with the current lineup.

The official music video for the song "Pain", taken from "The Face Of Fear", can be seen below. The clip was produced by Morten S. Madsen and features the talented Danish actor Tommy Vonsyld in the leading role.

Says the band: "The video for the song 'Pain' is about a man that live his life isolated and everything is centered around his abuse of drugs and alcohol. He is in pain and struggling with mental and psychological issues caused by his own abuse. He is near the end of his life, and haunted by his own demons and the reaper is lurking in the shadows."

The lyrics are ARTILLERY as you know them, with subjects concerning the destruction of mankind, double standards, abuse and the looming worst-case scenarios. "The Face Of Fear" was recorded with longtime producer Søren Andersen at Medley Studios. It's Søren's fifth time at the helm, and once again he manages to deliver a monster production.

Søren comments: "Pure and raw! Some of the material of this album was originally written in the early '80s, and that inspired us to go old school this time. Not too many layers, just classic ARTILLERY thrash metal... And Bastholm [singer Michael Bastholm Dahl] is better than ever on this one. This is a no-filler album, created together with the band. I'm really proud of the final result and I hope everyone will enjoy it as much as I do!"

"The Face Of Fear" track listing:

Since the release of "Penalty By Perception" — which won the band four Danish Metal Awards in 2016 (best album, best band, best production and honorary prize) — ARTILLERY has toured around the world, including Europe, South America and parts of Asia. For the rest of 2018, there will be time for Copenhell's Metal Cruise and a Denmark tour, plus a release party on High Voltage. 2019 will include tours in Europe, South America and USA. 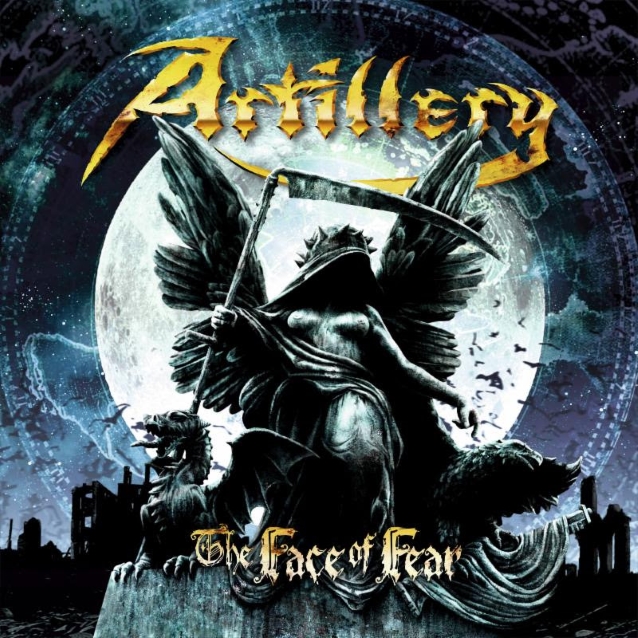