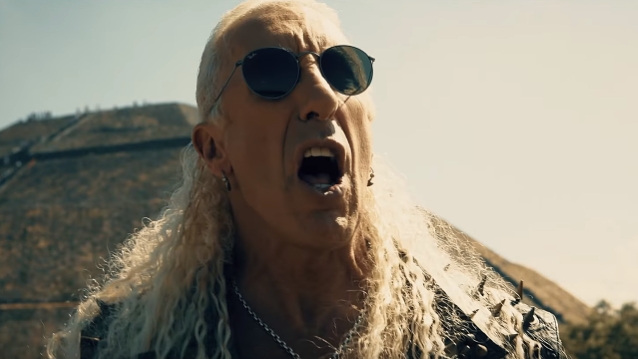 Video Premiere: DEE SNIDER's 'For The Love Of Metal'

TWISTED SISTER frontman Dee Snider has released a music video for the title track of his latest solo album, "For The Love Of Metal".

Says Dee: "'For The Love Of Metal' — the song and the new video — is a love letter from me to the music and fans that have lifted me up and been my life for the last 45 years. To still be able to perform for audiences like the 40,000 plus at Forcefest in Mexico (shown in the video) is truly an honor and a privilege. I thank you all! Heavy metal forever!"

Speaking to Chris Annunziata of the New Jersey radio station 90.3 WMSC-FM, Snider said about "For The Love Of Metal": "This is a really exciting album I did not expect to make, especially at this point in my life. I was doing Jamey Jasta's podcast, and he challenged me to make a contemporary rock record. And I was, like, 'Who's producing?' He said, 'I am.' And so we went in the studio [with] no record deal, and people started flocking [to appear on the LP]. It just amazed me, the enthusiasm and excitement that these younger musicians — younger than me, at least — had for working with Dee Snider and being a part of this project."