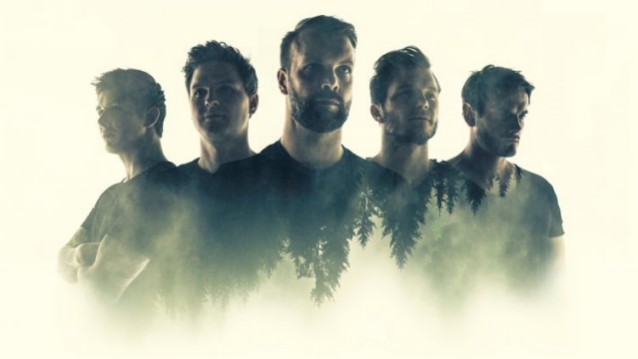 Norwegian rock outfit LEPROUS has released the official music video for its new single, "Alleviate". The clip was directed by directed by Troll Toftenes of the Vardøger Story Agency. The song is taken from the band's sixth and most ambitious studio album, "Pitfalls", which is due on October 25 worldwide via InsideOut Music.

LEPROUS vocalist and keyboardist Einar Solberg checked in with the following comment about "Alleviate": "'Alleviate' is a very important song to me. It carries hope within the melancholy. Not only is it one of, if not the most accessible tune we've ever done, but it also carries a deeper message. No doubt it for some will be a controversial track considering where LEPROUS started, but that's what LEPROUS is all about: moving forward! Also, we couldn't be happier about the amazing piece of visual art done by the extremely talented video director Troll Toftenes."