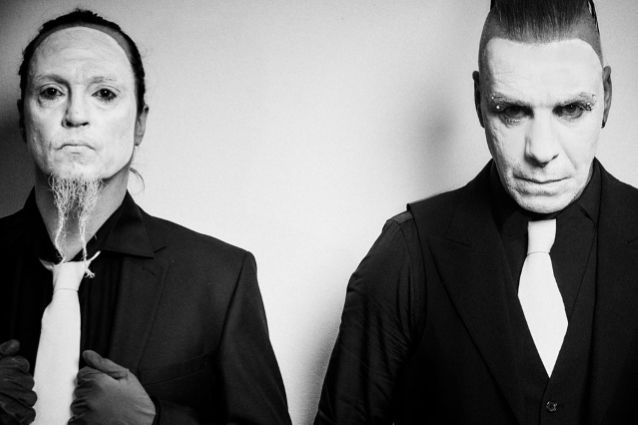 "Frau & Mann", the new video from LINDEMANN, the project featuring vocalist Till Lindemann of German industrial metallers RAMMSTEIN and Swedish producer and multi-instrumentalist Peter Tägtgren (HYPOCRISY, PAIN),can be seen below. The song is taken LINDEMANN's second album, "F & M", which arrived on November 22. The follow-up to 2015's "Skills In Pills" was once again produced and mixed by Tägtgren.

"F & M" was released on the following formats: