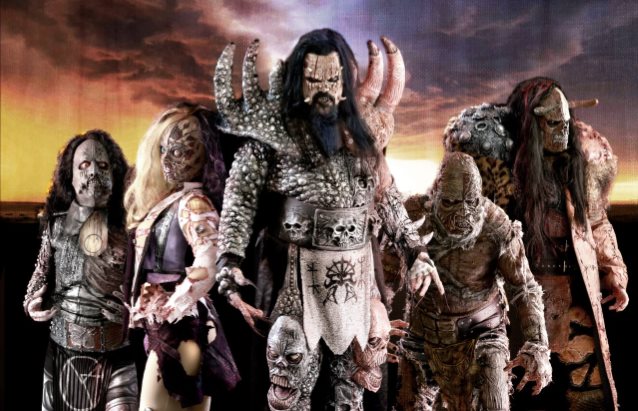 "Hug You Hardcore", the new video from Finnish heavy metal monsters LORDI, can be seen below. The song is taken from the band's upcoming album "Monstereophonic: Theaterror Vs. Demonarchy", due in Europe on September 16 and in the U.S. on September 30 via AFM Records. The follow-up to 2014's "Scare Force One" was produced by Nino Laurenne (APOCALYPTICA, STRATOVARIUS, CHILDREN OF BODOM, AMORPHIS),who previously worked on the band's 2008 effort "Deadache".

The "A side" of the album, "Theaterror", is a damn catchy collection of traditional hard rocking LORDI songs. The riffs and obscene words of "Hug You Hardcore" will stick in your mind forever — whether you like it or not.

The thematic "B-side", "Demonarchy", tells the story of The Undead Son, The Bloodsucking Count, The She-Wolf and The Witch. Musically "Demonarchy" represents LORDI more modern than ever. Highly complex song structures and aggressive in-your-face riffing is something we have never heard from these monsters before. 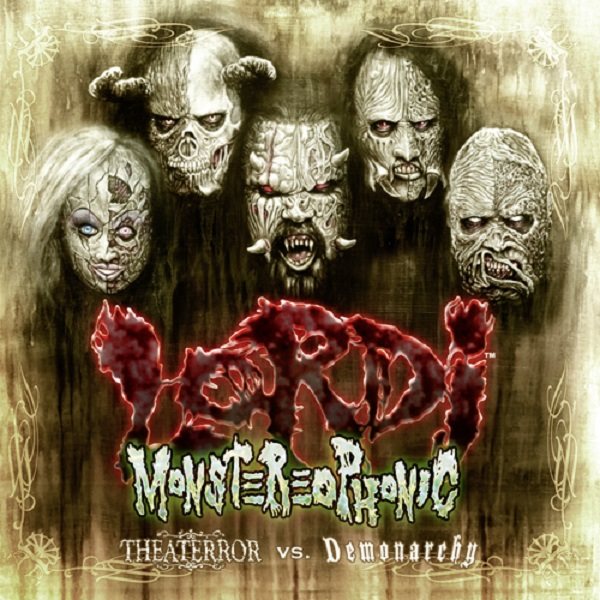